The Horsehead Nebula (B33) and the emission/reflection nebula NGC 2023 (below and left of the Horsehead) in the constellation Orion. With this field of view, you're looking at around 1.7 trillion miles from one side to the other. I captured a batch of narrowband data in Orion last year. Today, I reprocessed some of it, playing with contrast and color balance. 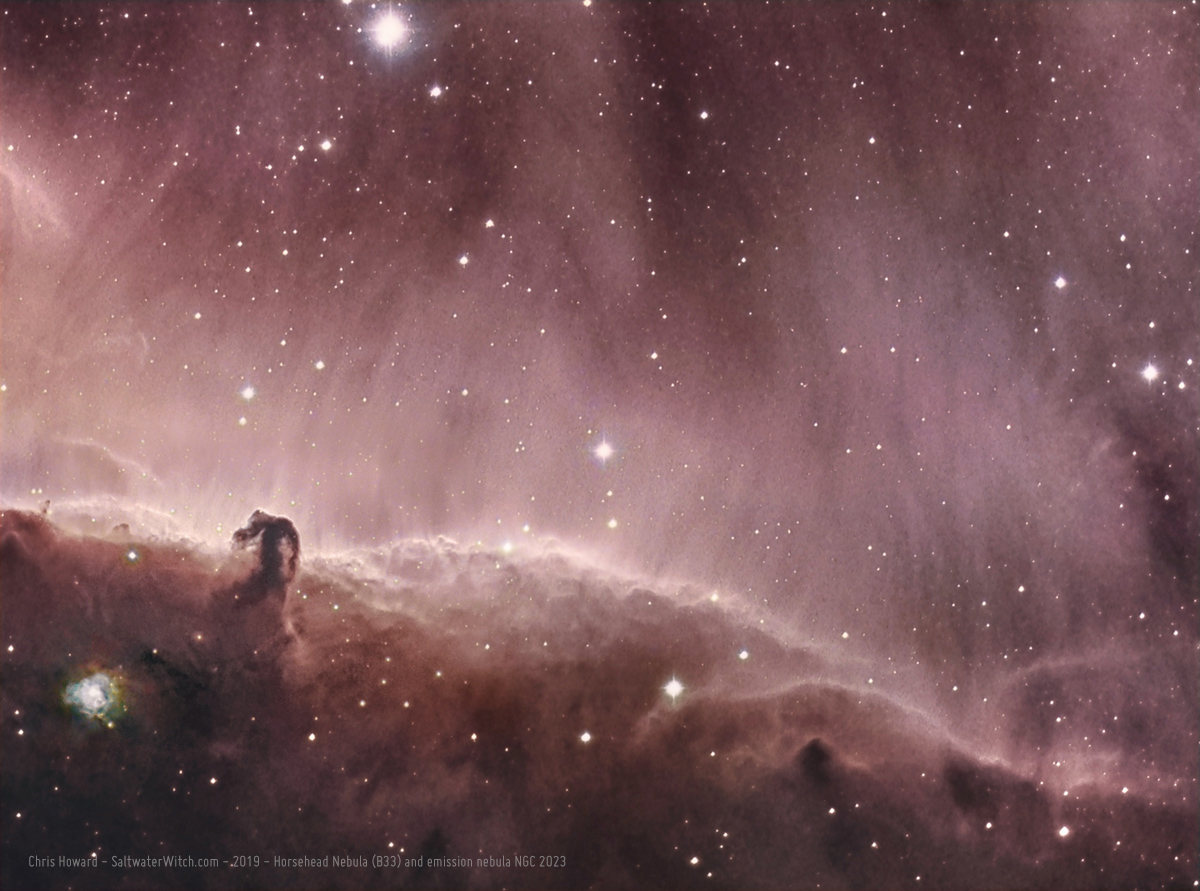 I've had the Orion Atlas EQ-G, William Optics GT81, and ZWO ASI071MC camera set up for the last three days. It's been cold--down around -10C in the early morning hours. With a new moon that's slowly waxing, but still mostly absent from the night sky, I've been using the color camera to capture some amazing targets, including this three panel mosaic of the Orion Nebula (M42), Running Man Nebula, Horsehead Nebula (Barnard 33), Flame Nebula (NGC 2024), and the three giant stars in Orion's Belt, Alnitak, Alnilam, and Mintaka. This is why the Orion Constellation is arguably the sky's most impressive constellation.  NOTES: 31 x 300 second exposures for each, with an additional set of 10 and 30 second exposures for the Trapezium in M42--that really bright triangular region. There's just so much fiery star forming action at the heart of the Orion Nebula that any exposure over a dozen seconds is going to blow out the whole area. 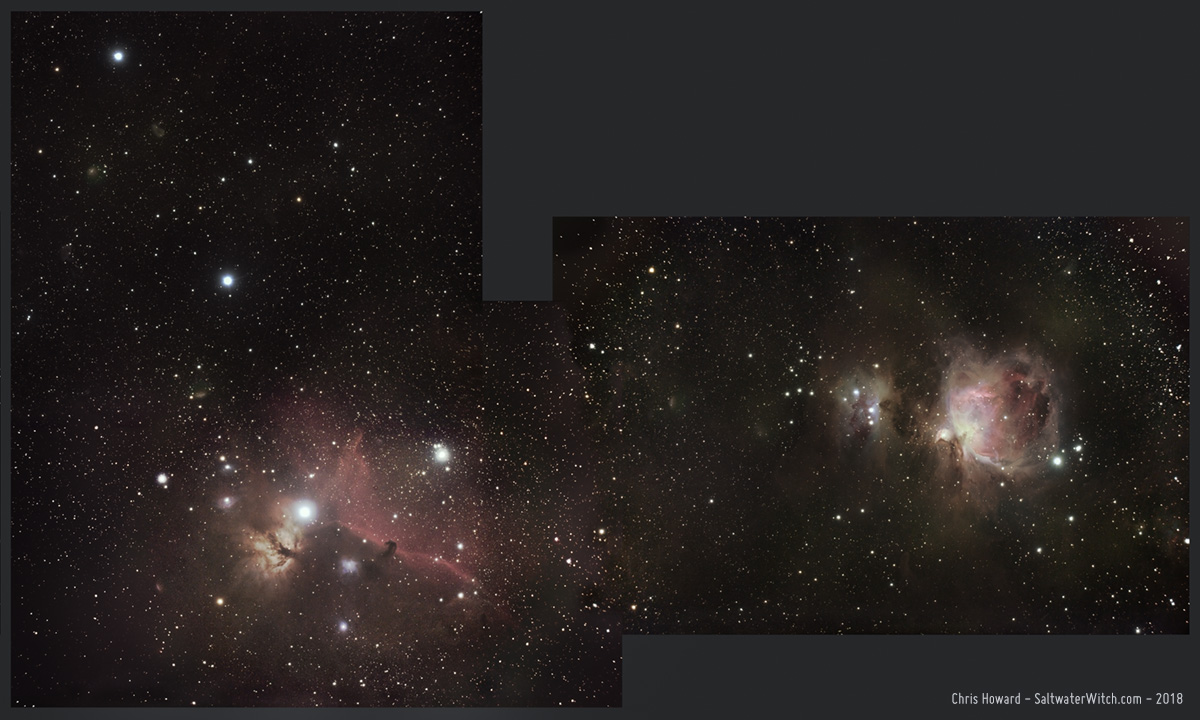 Here's my setup for the last few nights: 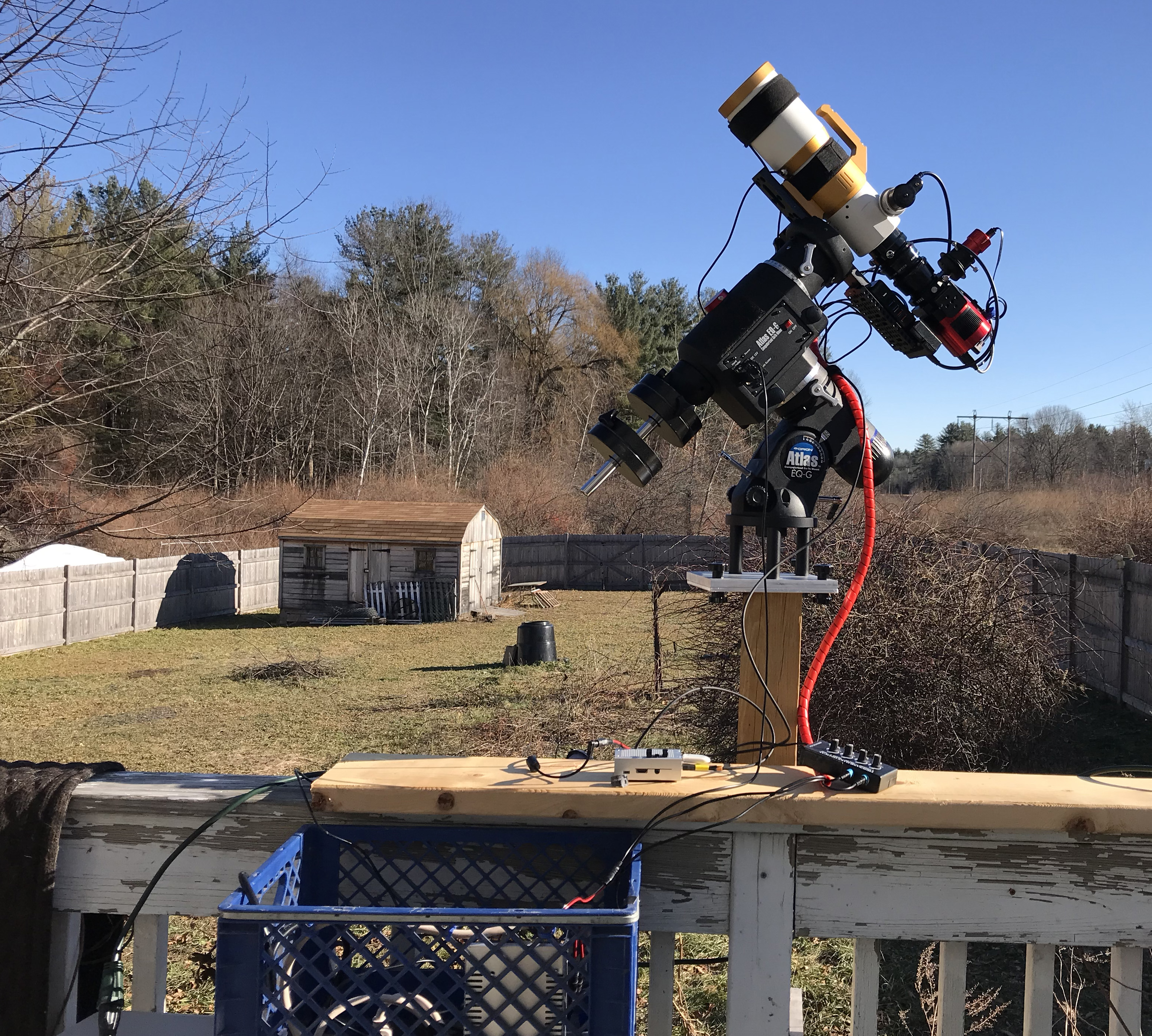 Orion at the southern Meridian: 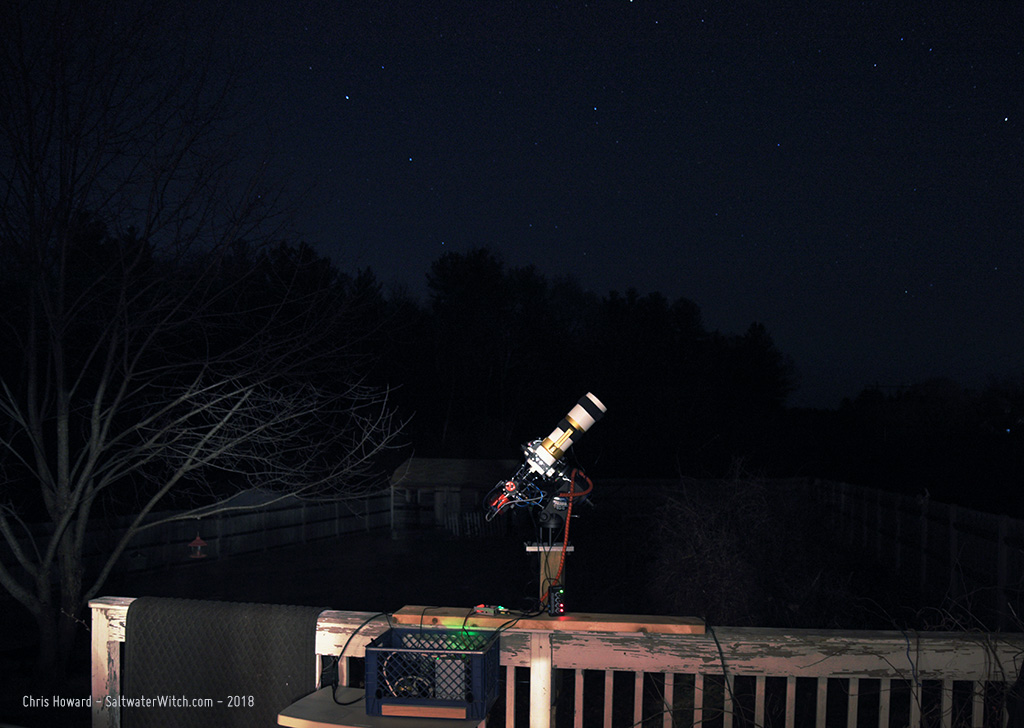