Fourteen stacked frames through the powerlines: The Lagoon Nebula (M8, NGC 6523) and Trifid Nebula (M20, NGC 6514). We have a couple sets of transmission lines running east-west south of our property, and unfortunately they interfere with the amazing stuff in the constellation Sagittarius, which is even lower on the horizon than Serpens (also amazing). Transit for M8 is 23°, compared with 33° or so for the Eagle Nebula. We really need to take a trip south to get a better view of these beautiful ionized hydrogen structures. At the middle and lower left I also captured two globular clusters, NGC 6544 and NGC 6553. That's a very bright section of the milky way lighting up the whole lower left of the frame. Yes, there are stars running through the long bands of power lines, because over the 16 or so minutes of exposure time the earth rotated about four degrees. So, those stars were not obscured by the lines in some of my exposures, but when I stack them all together, aligning all the stars, they're going to appear where they were when camera caught them. That's also why the powerlines appear blurry--they're actually smeared out across the frame. They are much narrower and sharper than that in the individual subs. What's funny--to me, anyway--is that I was shooting the Eagle Nebula, and after 30 or so exposures I started to wonder if I had a chance to get the Lagoon Nebula. I slewed even lower toward the horizon, took a test frame, and saw the powerlines running through it...and thought what the hell, maybe the lines will look kind of cool in the foreground. 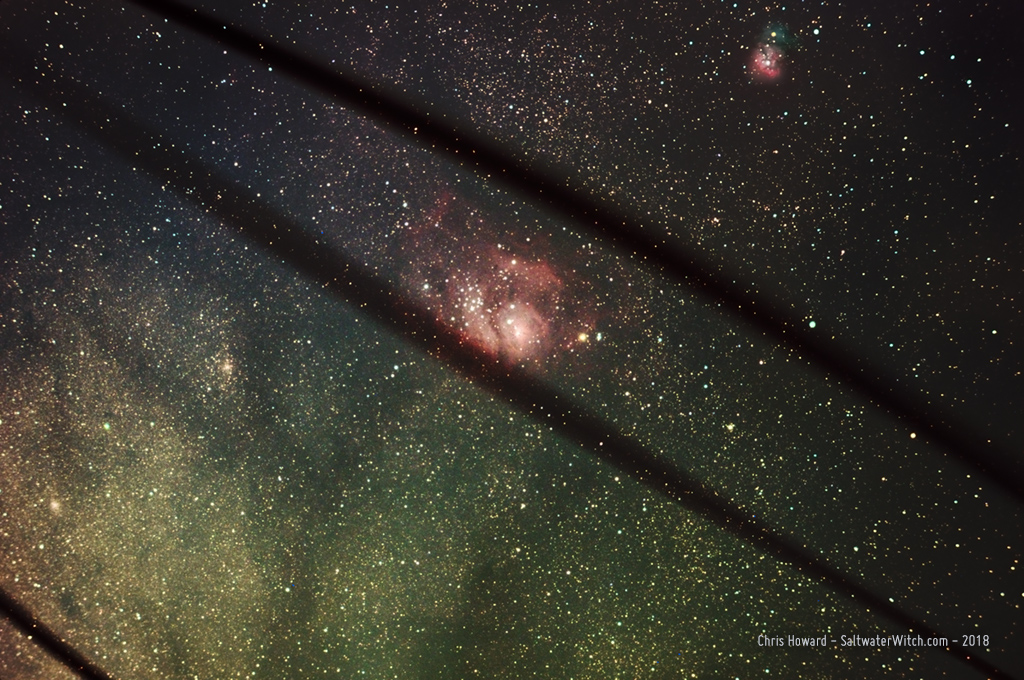 The Eagle Nebula, Messier 16, sometimes called Star Queen is a diffuse nebula in the constellation Serpens. M16 was only 22° above the horizon to the southeast when I was taking these subs, low enough to have the atmosphere and some light pollution from Hampton affect the result. Even so, I'm here in New Hampshire at 43° latitude, and I'll take any chance I can get to shoot the Eagle Nebula.

The Great (and powerful) Globular Cluster in the constellation Hercules (M13) with a hint of the spiral galaxy NGC 6207 at the top. Last night was my first night out with the William Optics ZenithStar 61, and as I expected, it's just a brilliant little refractor. Paired with the ZWO ASI071MC cooled camera and the WO 0.8x Flat/Reducer F6-A, you get a spectacular 4.7° × 3.1° field of view--that's a big chunk of the sky. If you're looking for a pretty fast widefield apochromatic, this is it. It's not the best choice for the Hercules cluster, but I was just slewing all over the sky, taking pictures, and waiting for the North America Nebula to get above 30 degrees. 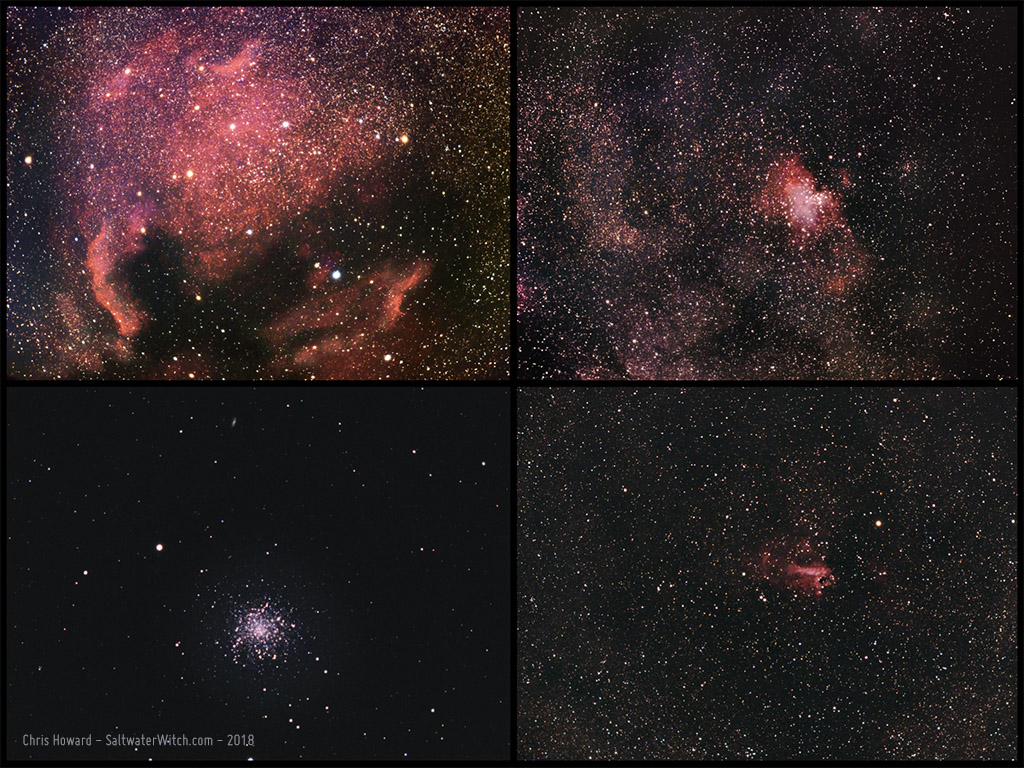