Soulful Friday--more importantly it was a cloudless Friday on the 10th. I'm going to have to do a mosaic for the whole thing, but for now here's the southern end of IC 1848, the "Soul Nebula" in Ha and OIII (Soul is also identified as Westerhout 5 and Sh 2-199). IC 1848 is in the constellation Cassiopeia, and what you see here is a bit more than half the 100 lightyears in length of the whole nebula--so what is that, something like 588 quadrillion miles from top to bottom? At 6,500 light-years away, that will make a nice four panel mosaic. (Notes: 40 x 240 seconds in Ha, 28 x 600 sec. in OIII. Atik 414EX mono CCD, Astronomik 12nm Ha, OIII filters, William Optics ZS61 + WO Flat F6A f/4.7, iOptron CEM25P EQ mount, Orion OAG + ZWO ASI120MM-Mini guide cam, Stellarmate OS (INDI/KStars/Ekos) running on Raspberry Pi 3b+) 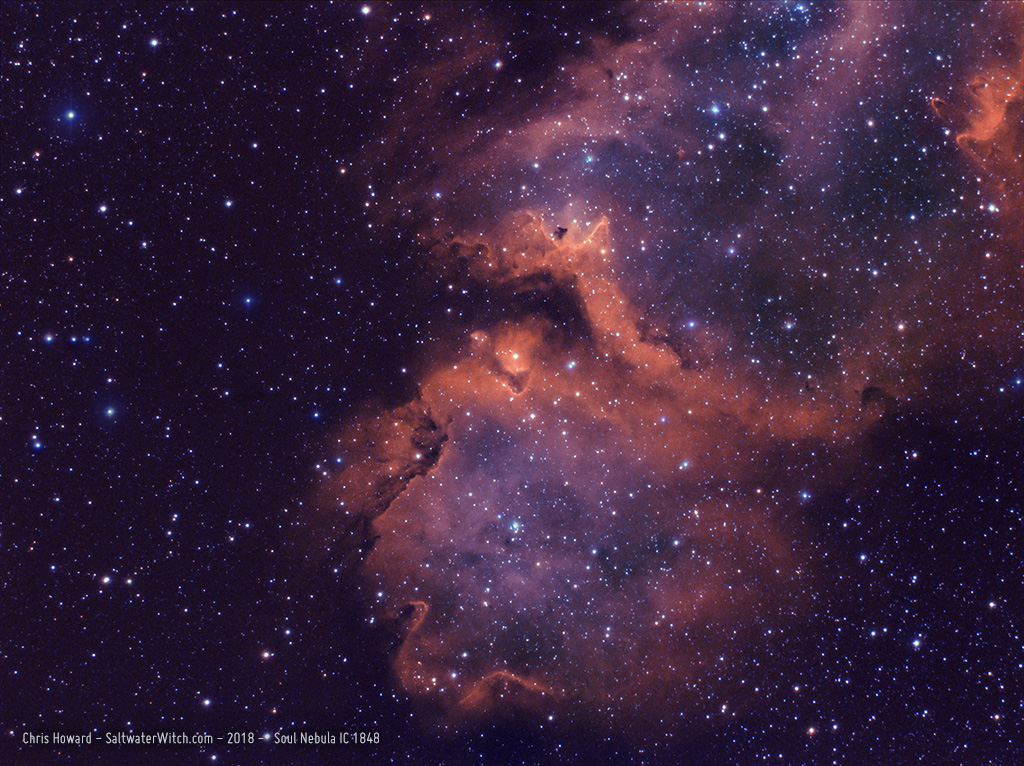 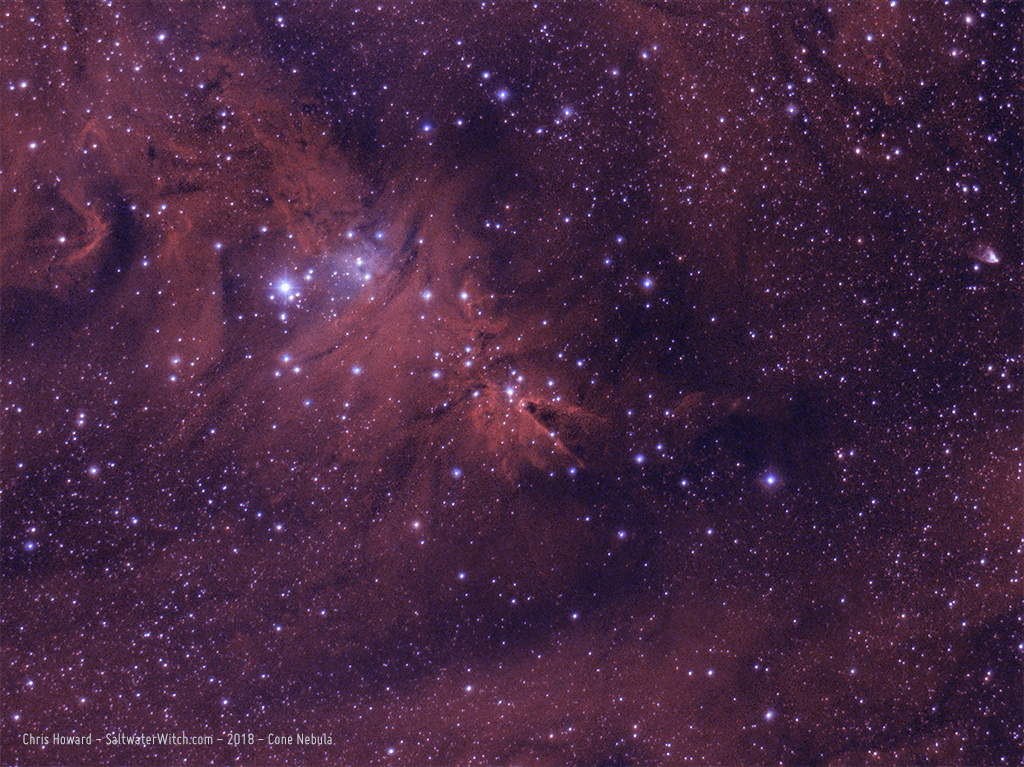 Near-Infrared: I also captured 40 frames of M78, a reflection nebula in the constellation Orion. I captured 20 of each in Ha (~656nm) and infrared with the 685nm longpass filter to see what showed up, and was surprised by what I could see in the unstretched subs. There really is a lot going on at the red end of the spectrum--and beyond, and I combined both of them in this shot, divided evenly across RGB (R=Ha, G=50%Ha/50%IR, B=IR). The plan is to come back with a set of color frames and see if I can combine the whole set. 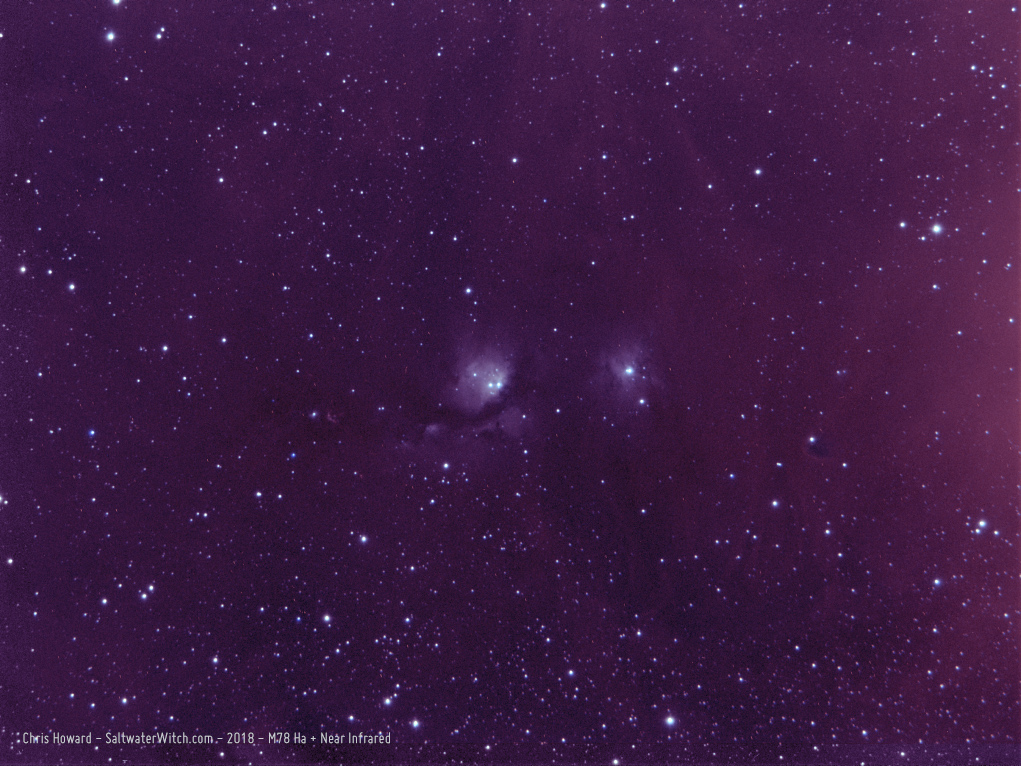 I took some pics of my narrowband setup for this imaging run, before nightfall and in the middle of shooting frames for the Cone Nebula just before Meridian Flip. 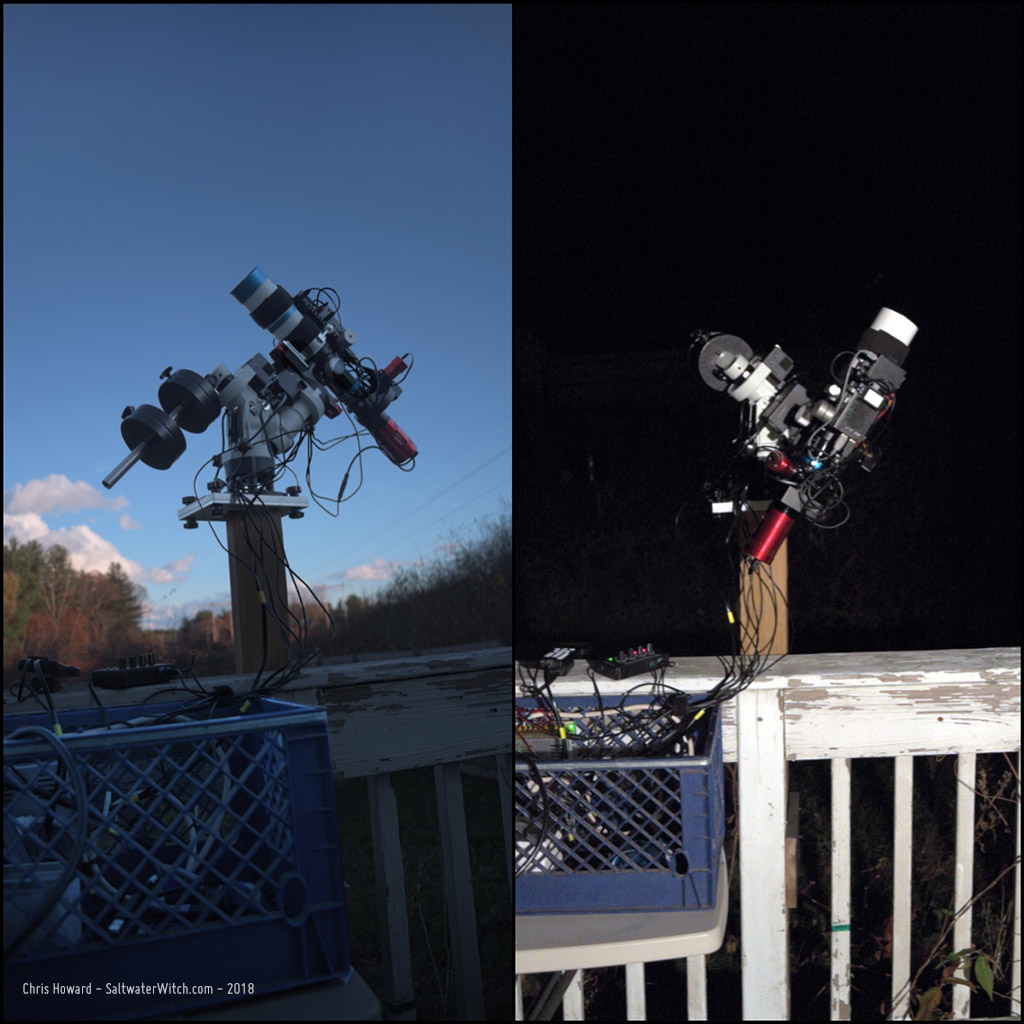 Here's a screenshot of Ekos and KStars running, with the guiding tab opened. It was pretty windy, so an RMS" of 0.58 is great, but overall my guiding has improved since going to an Off-Axis Guider. I'm now using the Orion Thin OAG on both trains--color and narrowband, and the difference is noticeable. It took some time to dial sensor and focus distances in, but results are clear, and I just don't think I'll ever go back to a guide scope. 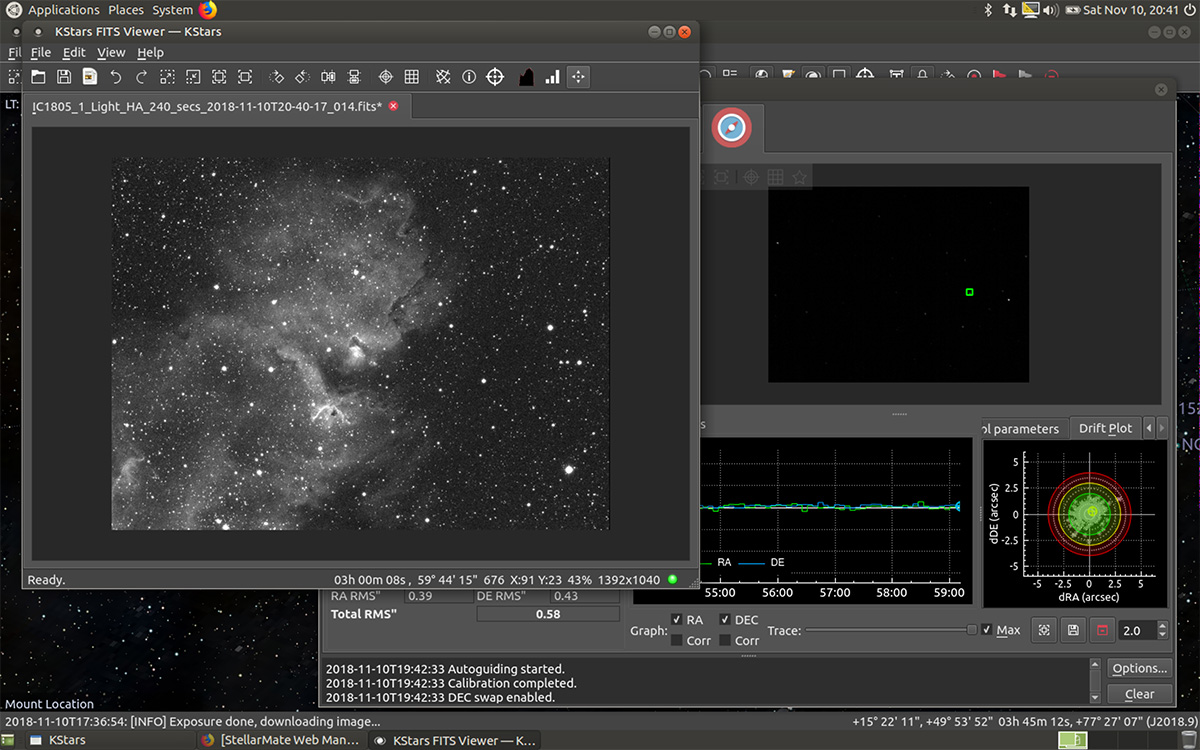