Last night I tested out an inexpensive super-wide-angle 6mm C-mount lens hooked up to my QHYIII178 color CMOS camera (without the IR cut filter, which is why the trees are a bit odd looking). It was pretty cloudy to start and the whole view was fogged in by 3am, but I still managed to get the Milky Way as it was sweeping up and across the sky. This camera + lens would make a nice all-sky type setup, but I'm thinking about using this to capture the full night sky when we have meteor showers--the Lyrids, Perseids, Geminids. This shot is from one of the third-floor windows, facing east. (Our attic is finished). I can stick the camera with a long USB3 cable on the end of an 8-foot length of PVC pipe--out the same window--to get it above the roof of the house and get the whole sky in view. Then I can use SharpCap (https://www.sharpcap.co.uk) to capture several thousand 10-second frames over the course of the night, and bring them together into a video. 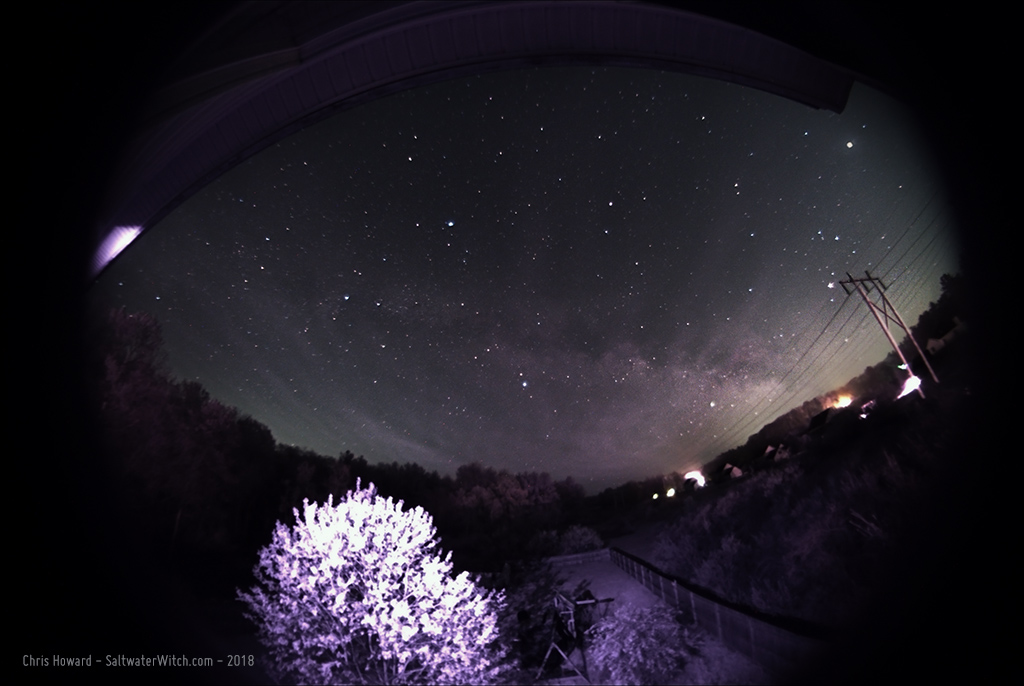 Now with video and me talking! Night Sky Video test with the QHYIII178C CMOS camera and 6mm wide-angle lens--with me yapping about the camera and other equipment, explaining settings and other interesting stuff about this all-sky setup. My plan is to use this the next time our planet's orbit takes us through the path of some comet's orbit. (one of the ways we get seasonal meteor showers).

It's been a cloudy week, and the seven days ahead don't look much better. So I'm digging through some wide-field frames from last summer--to stack and process, and I particularly love this small section of our galaxy, the Milky Way. We are about 26,000 lightyears from the center of our galaxy, all of us on our little blue planet orbiting a G-type main-sequence star. And if you're looking inward, toward the galactic center from our world, you'll see something like the image here (this is a crop of a much wider field of view, so you'll actually see much more, that well-known and aptly-named long pale band across the sky). We are right in the thick of things with our galaxy, which is well over a 100,000 lightyears across and contains as many as 400 billion stars. To put the size of our galaxy in perspective (and keep in mind that 100,000 lightyears is the low side of the approximate diameter, calculated to be between 100,000 and 180,000 lightyears across), we are talking about 587,863,000,000,000,000 miles. So, we'll round up a bit and say our galaxy is at least 588 quadrillion miles across. And to put the size our galaxy in perspective, one of our neighboring galaxies, M31, Andromeda, may be twice the size of the Milky Way, with as many as a trillion stars (It seems like there's always a debate on the size of M31). And if that doesn't make you think about our place in the universe, take a look at this Hubble image and understand that almost everything in the frame, every point and spiral and smear of light is itself an entire galaxy: https://www.nasa.gov/feature/goddard/hubble-spies-big-bang-frontiers. How's that for something to contemplate on a nice Sunday afternoon? You're welcome. 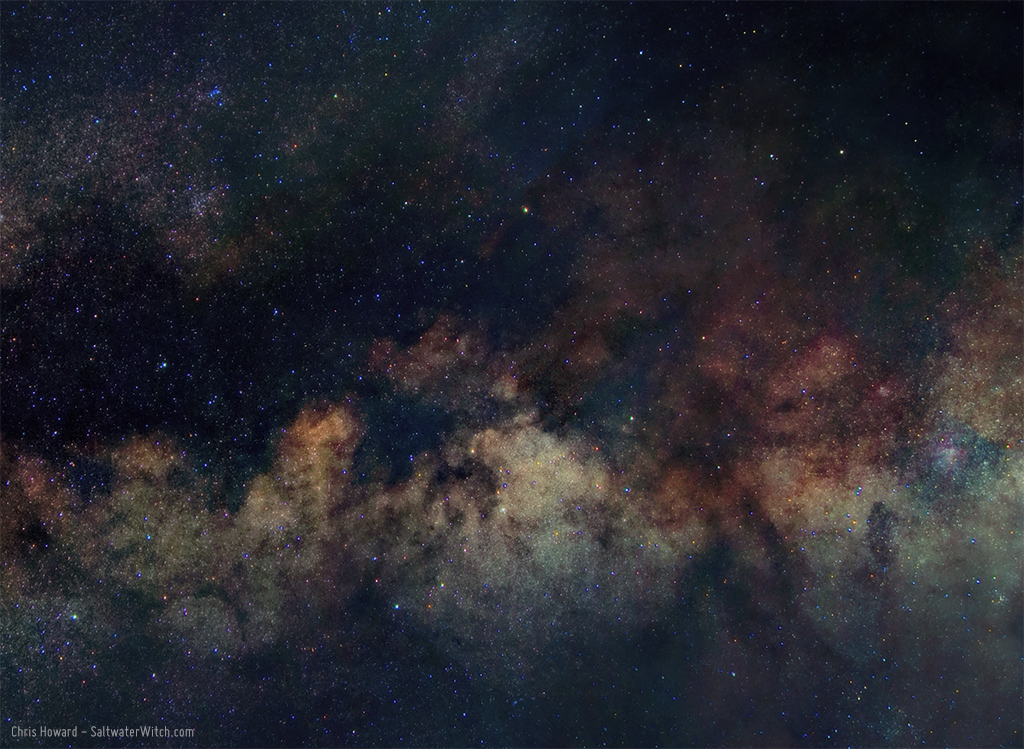