What the backyard looked like last night. Sort of an astronomy campout under the stars. It was a pretty clear night. I hope you had clear skies wherever you were last night! (Nikon D3100, 18mm, 13 sec. exp. ISO 1600 - I used my son's camera for these shots because mine was hooked up with the AstroTech scope) 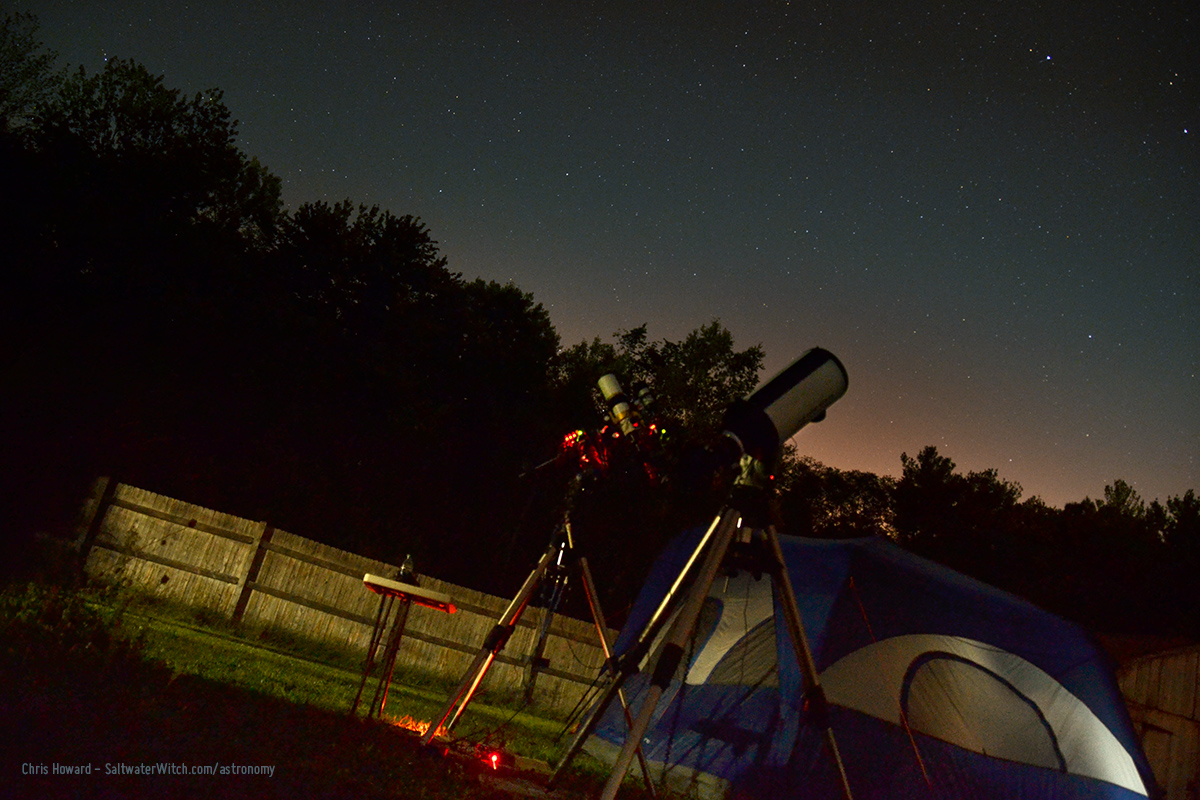 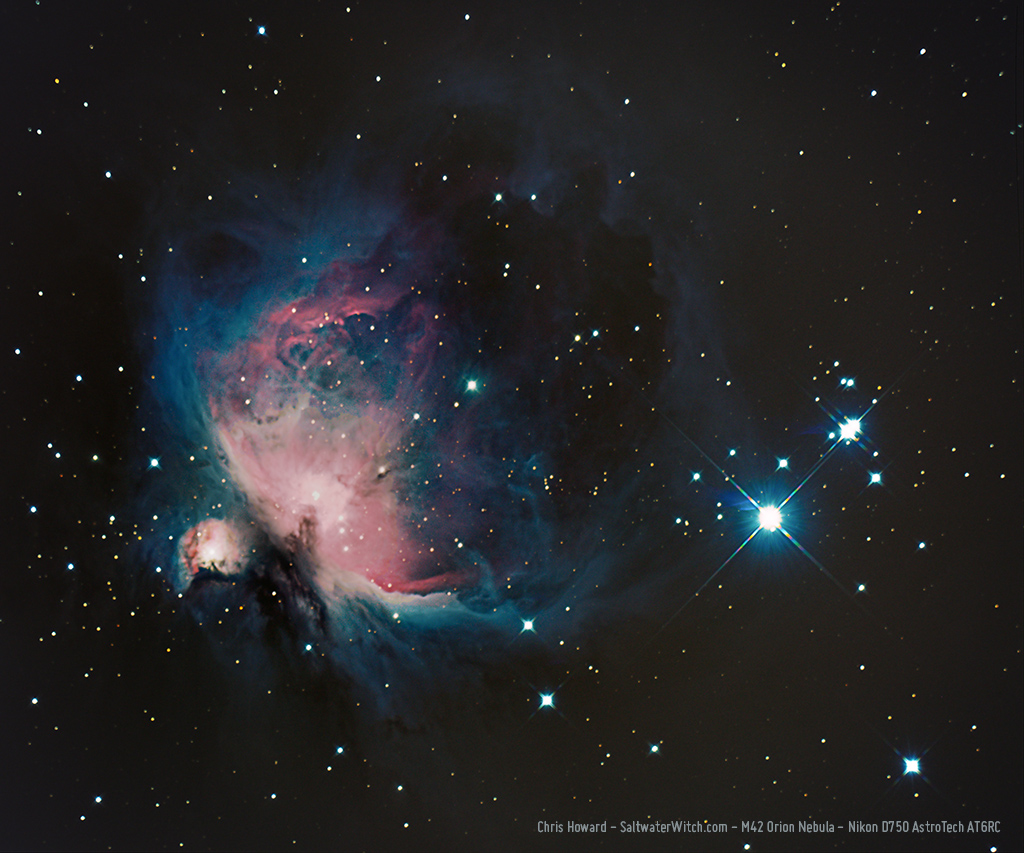 And another shot from last Saturday night--of the Orion Nebula (M42) and De Mairan's Nebula (M43). This was the view from my other scope, William Optics GT-81 with the Atik 414EX monochrome CCD camera--which is just going to pick up a lot more of that good old ionized interstellar hydrogen.