That's why our galaxy is called the Milky Way. The starfield is so dense along the galactic plane, especially as you move toward the core, that the merged brightness of stars is all you see. This is a shot of the "coathanger" cluster--that's the four stars making a hook in the center with the line of stars running underneath (Al Sufi's Cluster, Brocchi's Cluster, Cr 399). The dark clouds in this frame are just that, massive clouds of interstellar dust, molecular hydrogen, and other debris that swirls around our galaxy between the stars--especially between us and these stars--because that's pretty much everything else. It's dust and stars. There are hundreds of billions of stars in the Milky Way and as you look toward the center, you are looking through a hundred-thousand lightyears of the stellar disk--everything that orbits in the galaxy with us. We're 27,000 lightyears out from the core, so you are looking through that as well as everything orbiting on the other side of the core. Yup, it's a bunch of stars, as many as 400 billion just in our galaxy.

I will admit to not being a star cluster guy. Some of them are absolutely fascinating, but they're just not my thing. You show me some dark nebulae, anything from the Barnard Catalog or Lynd's Dark Nebula Catalog, and I'm there. There are a few stand-out dark nebulae below this frame to the right (LDN 770, 778), but there are a batch in this frame including LDN 740, and lower left LDN 741, 745. 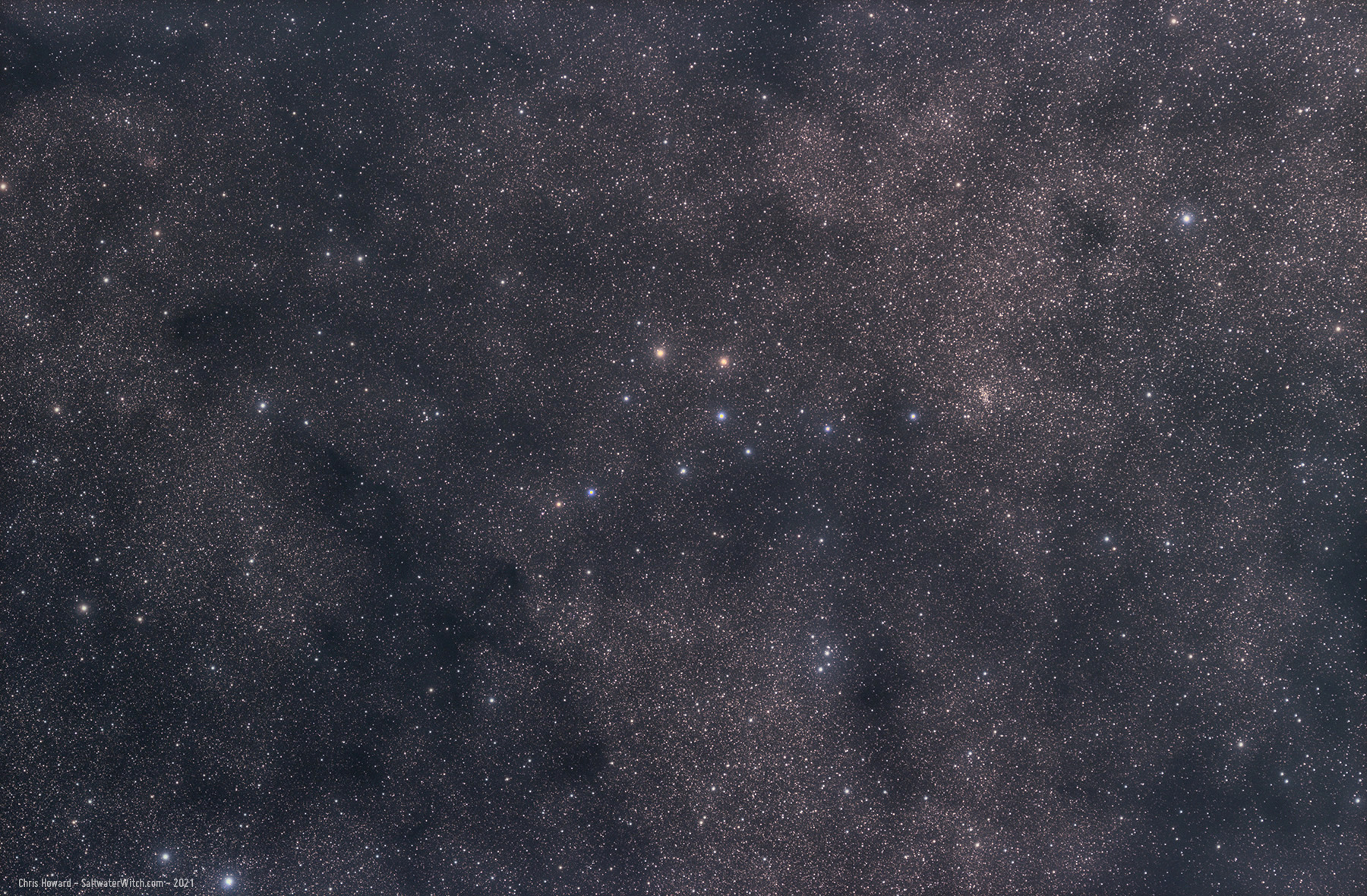