After the earth rotates Orion and Monoceros out of view in the south, I'm only left with a few nebulae. There are a bunch of galaxies though... But with the scope I'm using for large deep sky objects (William Optics GT81 with 392mm focal length), most are too small. M81 (Bode's Galaxy) and M82 (Cigar Galaxy) however, are just large enough to capture. This shot is made up of 30 x 60-second subs in Hydrogen-alpha, Green, and Blue filters that I've mapped to RGB. With the Ha filter you lose some of that broadband Red light, but the trade-off (better IMO) is you capture any large H2 regions in the galaxies. Those are the red and pink chunky bits in Bode's Galaxy and a lot more of that "starburst" core of the Cigar Galaxy—so, basically I'm capturing nebulae in someone else's galaxy, almost 12 million lightyears away from us. Cool. Both of these Messier Objects are in the Constellation Ursa Major (Big Dipper). Gear notes: SkyWatcher EQ6-R Pro mount, William Optics GT81 Apochromatic Refractor 392mm at f/4.7, ZWO ASI1600MM-Pro monochrome camera, Astronomik 6nm filters, Moonlite focuser, Raspberry Pi 4 4GB / 128GB running INDI/KStars/Ekos 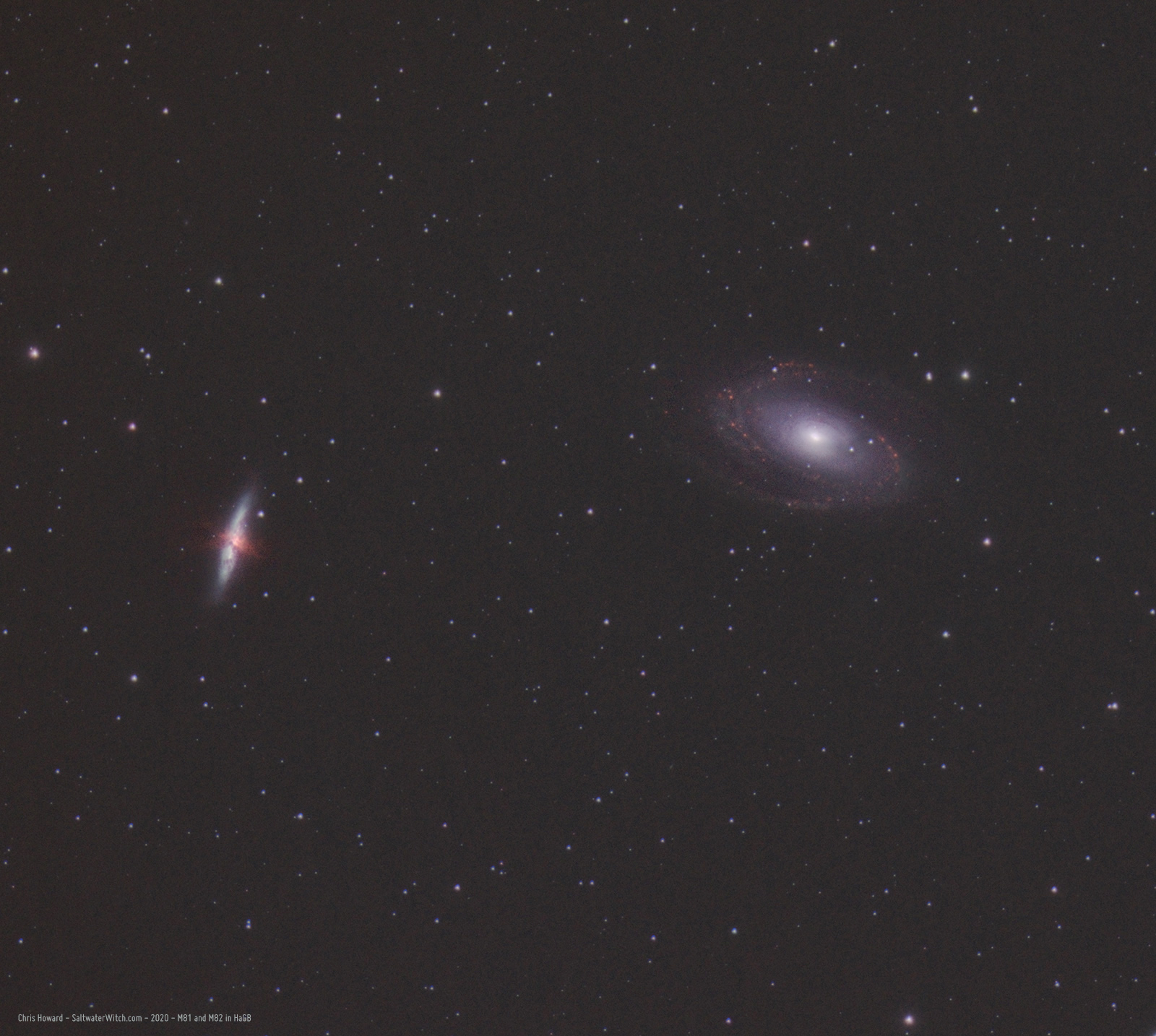