A wide-field narrowband (hydrogen-alpha) image of the Pacman Nebula in Cassiopeia. This emission nebula is a little under 10,000 lightyears away in the Perseus Spiral Arm of our galaxy, and it doesn't seem quite large enough for this view--except to show that Pacman is alone out there in this region of space (from our perspective). And that's one of the many cool aspects that makes NGC 281 fascinating to capture--there are so many others, an intense star-forming region, it's a great Hubble palette target, large examples of bok globules, X-ray imaging reveals a dense molecular clouds of hydrogen and carbon, feeding the process of star-creation, to name a few.

The double star eta Cassiopeiae (η Cassiopeiae) is the bright point of light above Pacman/IC 11 (brightest in the frame). Eta Cass. is made up of eta Cassiopeiae A, a sun-like G-type main-sequence star, and its smaller K-type orbiting companion, eta Cassiopeiae B. With a little research, this might be a cool SF world to tell a story around--the main star is like ours, but with an additional sun orbiting. And it's only 19.5 lightyears away.

Imaging notes: 57 x 300-second subs in 3 nanometer hydrogen-alpha. No calibration frames. Guiding was better than expected, with total RMS hovering between .7 and .9 arcseconds. Seeing was below average--astronomical seeing, which is impacted by turbulence and temperature differences in the atmosphere. It's pretty common to have a clear night with terrible seeing. There's a time and place for twinkling stars--like writing a song, but they're the bane of astrophotographers. Gear notes: ZWO ASI1600MM-Pro monochrome camera, Antlia 3nm Ha Pro narrowband filter, William Optics SpaceCat 51 apochromatic refractor, Sky-Watcher EQ6-R Pro mount. 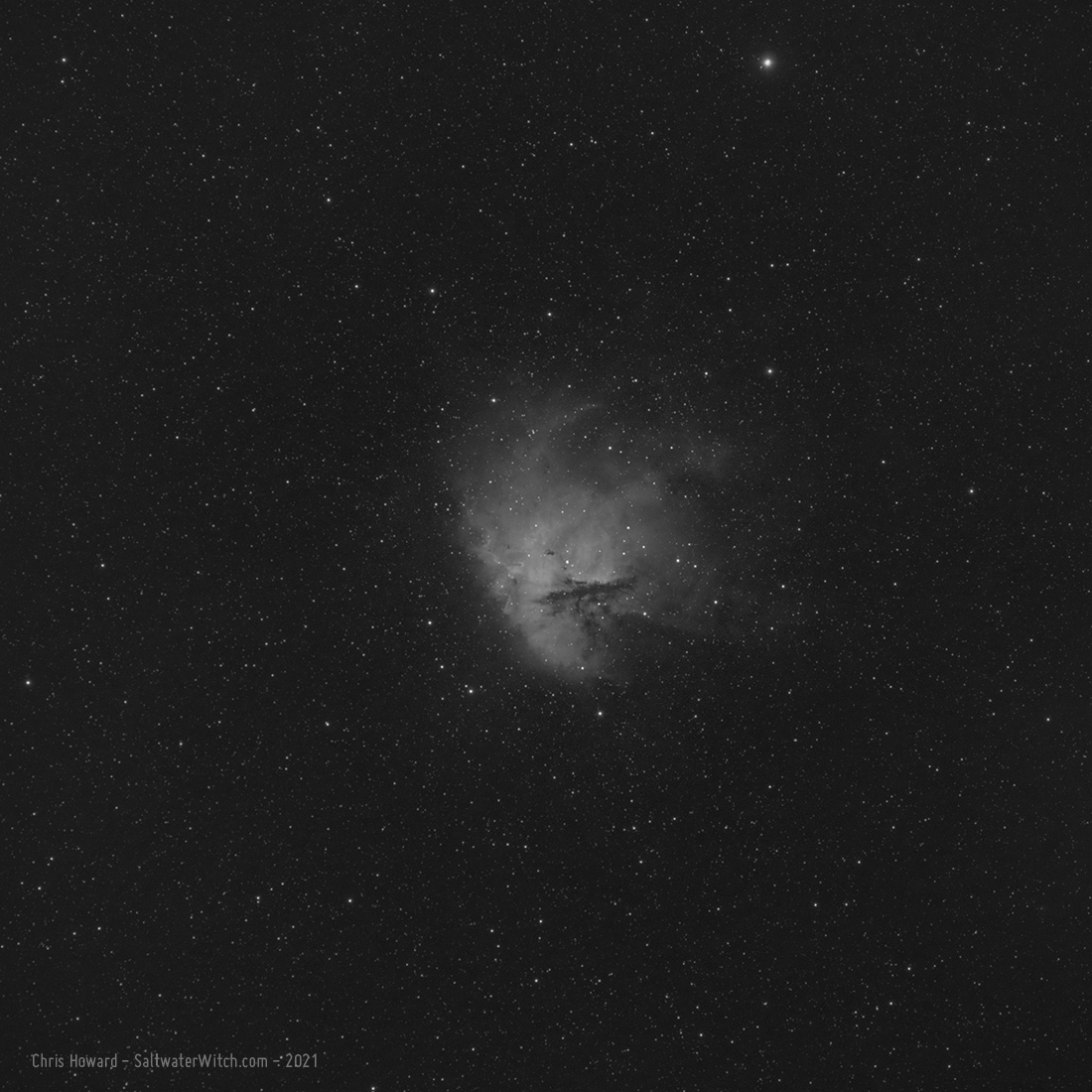