I'm still running some tests with the new mount as well as clearing up distance issues I had with my narrowband imaging train and the William Optics Flat 6AII field flattener/focal reducer. Everything has to be precisely positioned in order to produce a distortion-free field, round stars, all that stuff. I ended up going back to the stock focuser for the GT81 just to simplify things. And I think it was fairly successful. And the Sky-Watcher EQ6-R Pro continues to make the job easy! 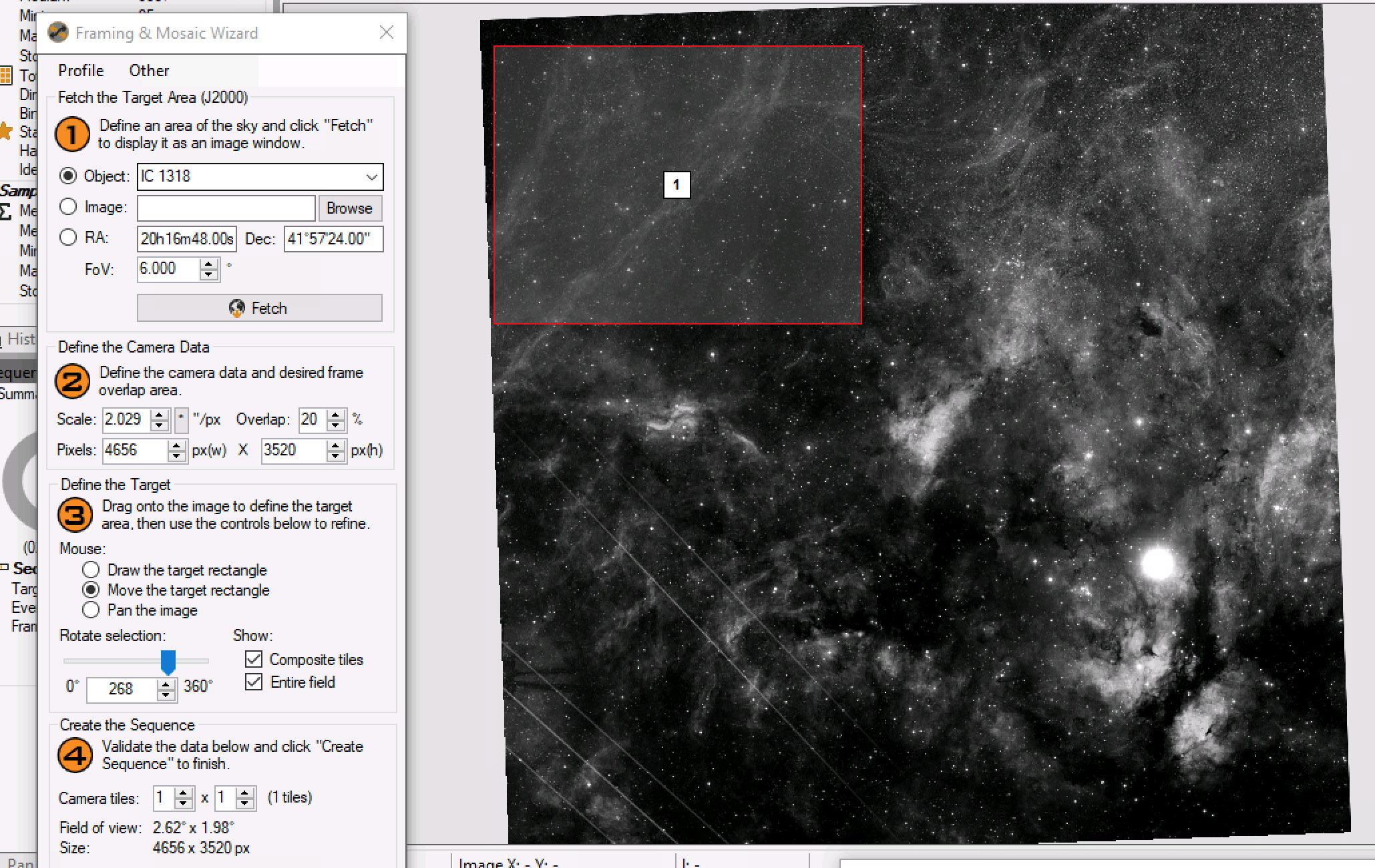 I really like the Framing & Mosaic Wizard in Sequence Generator Pro, and still think this is one of SGP's best features--if only it could function without a net (offline). For one of my test runs I called up IC 1318, the Sadr Region in Cygnus, which contains the Butterfly Nebula, Crescent Nebula (NGC 6888, Caldwell 27), and many beautiful dark nebulae. Using the framing wizard at 6 degrees I centered the sequence on these twists of hydrogen clouds out at the edge--just for something different. My intent was to shoot 50 x 240-second subs, about 3.3 hours of hydrogen-alpha data, but I discovered--too late--that I had a power problem with the dew control gear and the objective on the GT81 started clouding over about an hour and a half into things. I still managed to process something out of the stack, but a better shot will have to wait for another night. 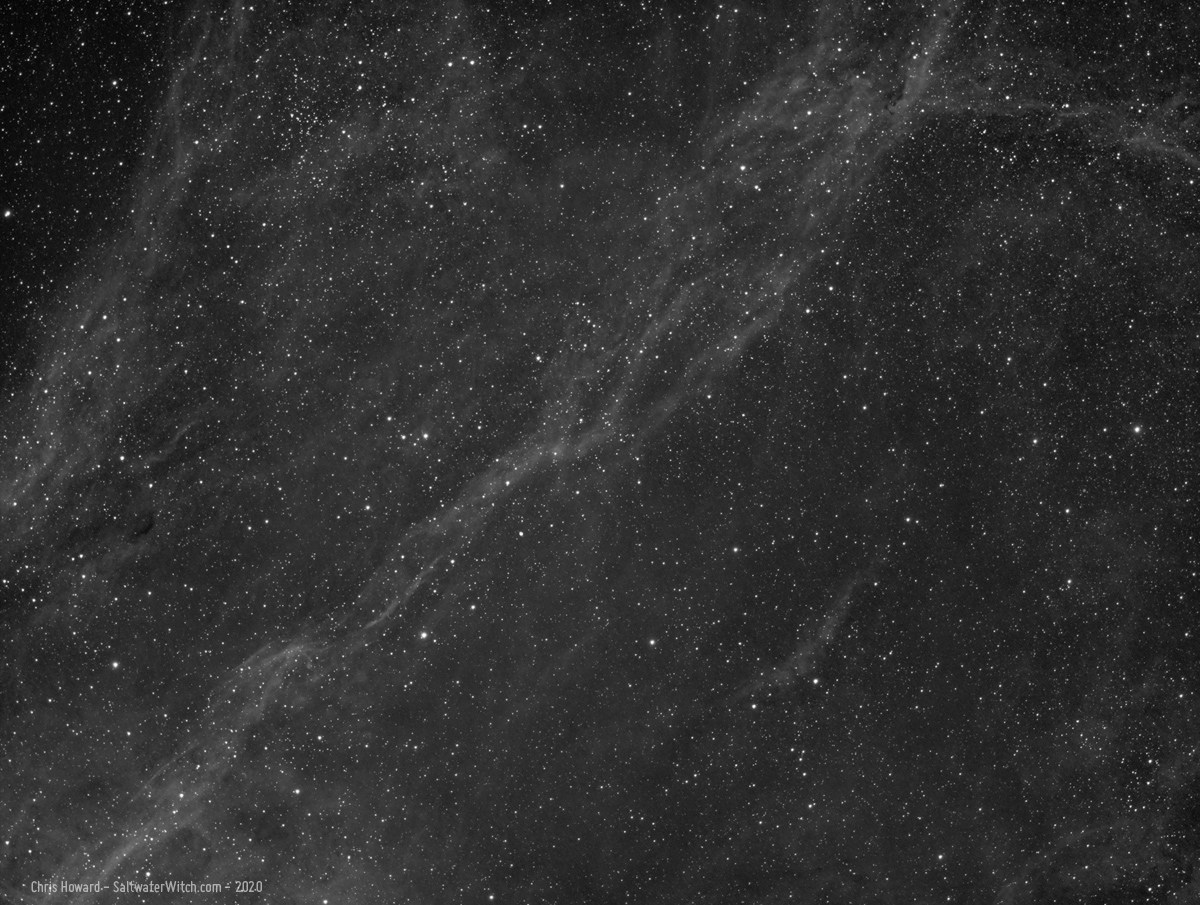 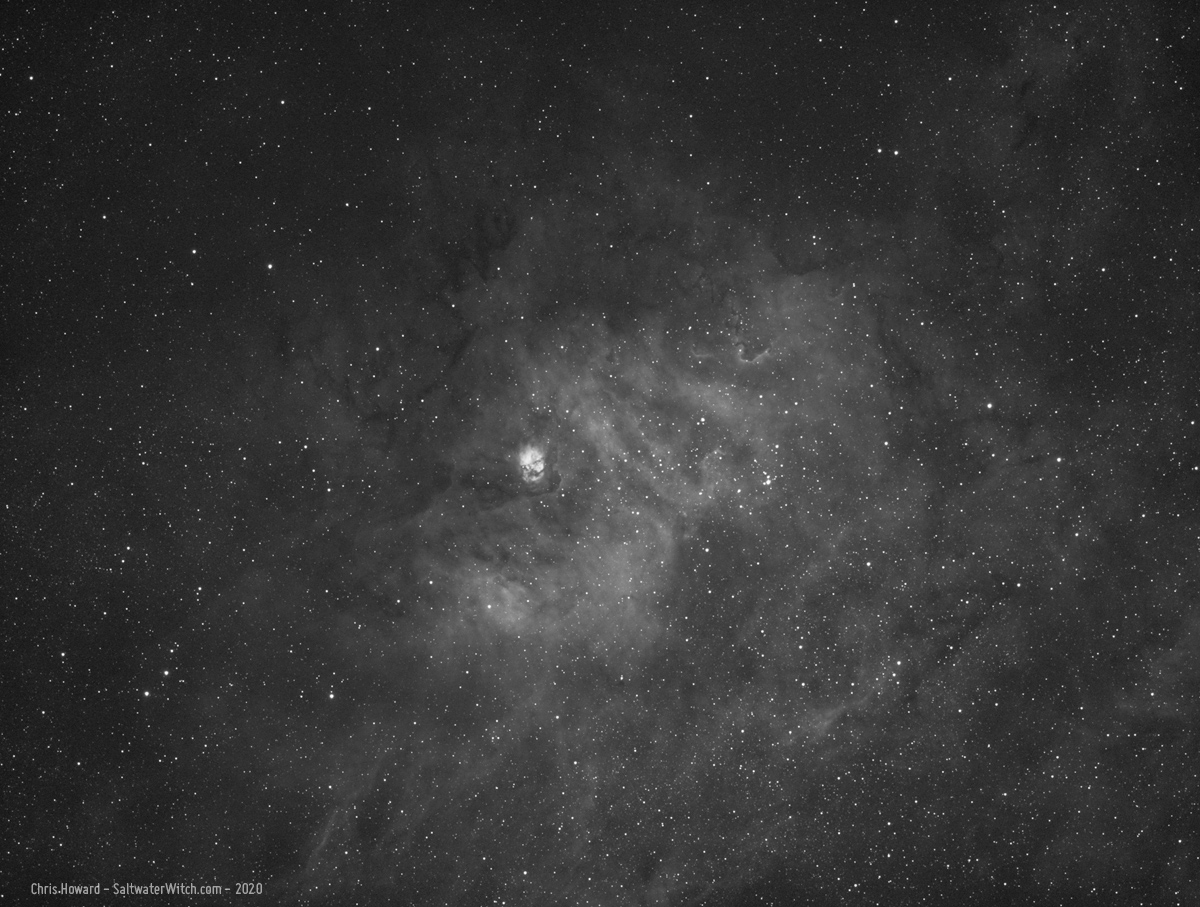 And last, just on whim because I had another hour of darkness left in the night, I moved up to IC1396 again, centering on the Elephant Trunk Nebula. I didn't get enough Ha data for a cleaner image, and I had lost some focus by that point too, HFR numbers were climbing over 3 pixels from about 2.25. 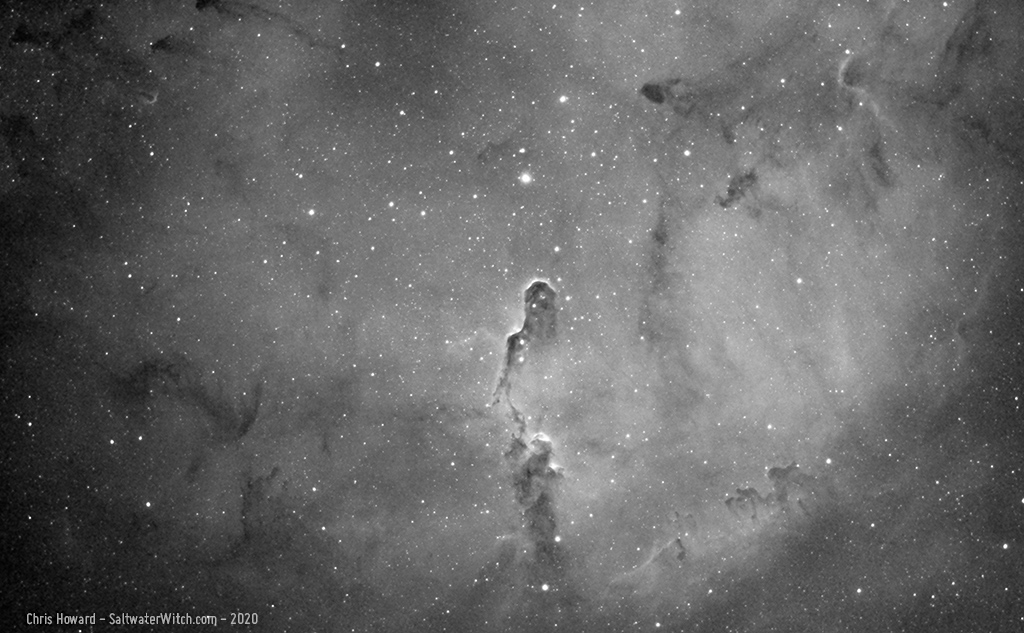 We have another fairly clear night tonight, and I'll be returning the William Optics GT 81 to it's modified state, Moonlite Focuser. I may also test things out with NINA again.