Narrowband imaging is all about the filters you use to block out every bit of light except one narrow section of the electromagnetic spectrum. The photons landing at your telescope's front door with the correct wavelength (around 656nm for hydrogen-alpha) are allowed to pass. Everyone else is kicked out. And sometimes with narrowband imaging you just want to go...narrower. Over the last ten years of astronomy and astrophotography I have used 12 nanometer, 7nm, and 6nm filters. (These numbers represent the gap in the filter, allowing light of a specific range of wavelengths through). I bought an Antlia 3nm Narrowband H-alpha Pro Filter a month ago, but haven't had a chance to test it out until now--mostly due to poor weather. The Antlia 3nm Ha filter is only $269 USD, Agena Astro; compare this price with high-end filters Chroma $575, Astrodon $564.

Wednesday, Oct. 6th was my first night out with the 3nm Ha in the EFW, along with my Astronomik 6nm Ha, OIII, and SII filters. At some point I may do a side-by-side comparison with the Astronomik 6nm, but I'm already working out different strategies for using both, depending on the target. I assumed I would double exposure times or number of exposures going from 6nm to 3, and went with a little of both--67 x 300 second subs for the Rosette Nebula, which is very bright. One noticeable difference during capture was lower contrast in the individual subs--or the appearance of lower contrast because I think there's now hydrogen data where I was expecting empty space, and this gives the entire frame a brighter, more uniform appearance? I was expecting more Ha data--that's the reason to go narrower, to cut out everything except hydrogen-alpha (looking at you NII--nitrogen 2).

So, I was a little worried, watching five minute exposures appear in Ekos, that seemed flatter, with less detail, but after capturing 70 and stacking 67, the result was better than expected. The other difference I hadn't really anticipated--or even thought about--is longer autofocus times because I've bumped up the exposure time to 30 seconds at 1x1 binning. For the ZWO EAF, I went with linear/SEP in Ekos and it takes 4 - 5 minutes for the full autofocus process, most of that in exposure time. I usually see about 2 with other narrowband filters, and something like a minute with the clear filter (taking 1 - 4 second exposures with the Clear). The Astronomik filters are close to parfocal, but the Antlia is pretty far off, to the point where I will probably use a starting offset for the Ha 3nm when jumping between different filters. Okay, so longer exposure times and focusing routine, what about the imaging? Well, I'm impressed. Unfortunately, I don't have experience with other 3nm Ha filters, but I can tell you there is a noticeable difference between the 3nm and my 6nm--and I like what I'm seeing. Like any new tool or process, it takes some getting used to, but once you're there, this Antlia 3nm Ha filter seems to work well, does exactly what it's designed to do, and so far--after three nights of imaging--is well worth the price. I'm really happy with the results so far. 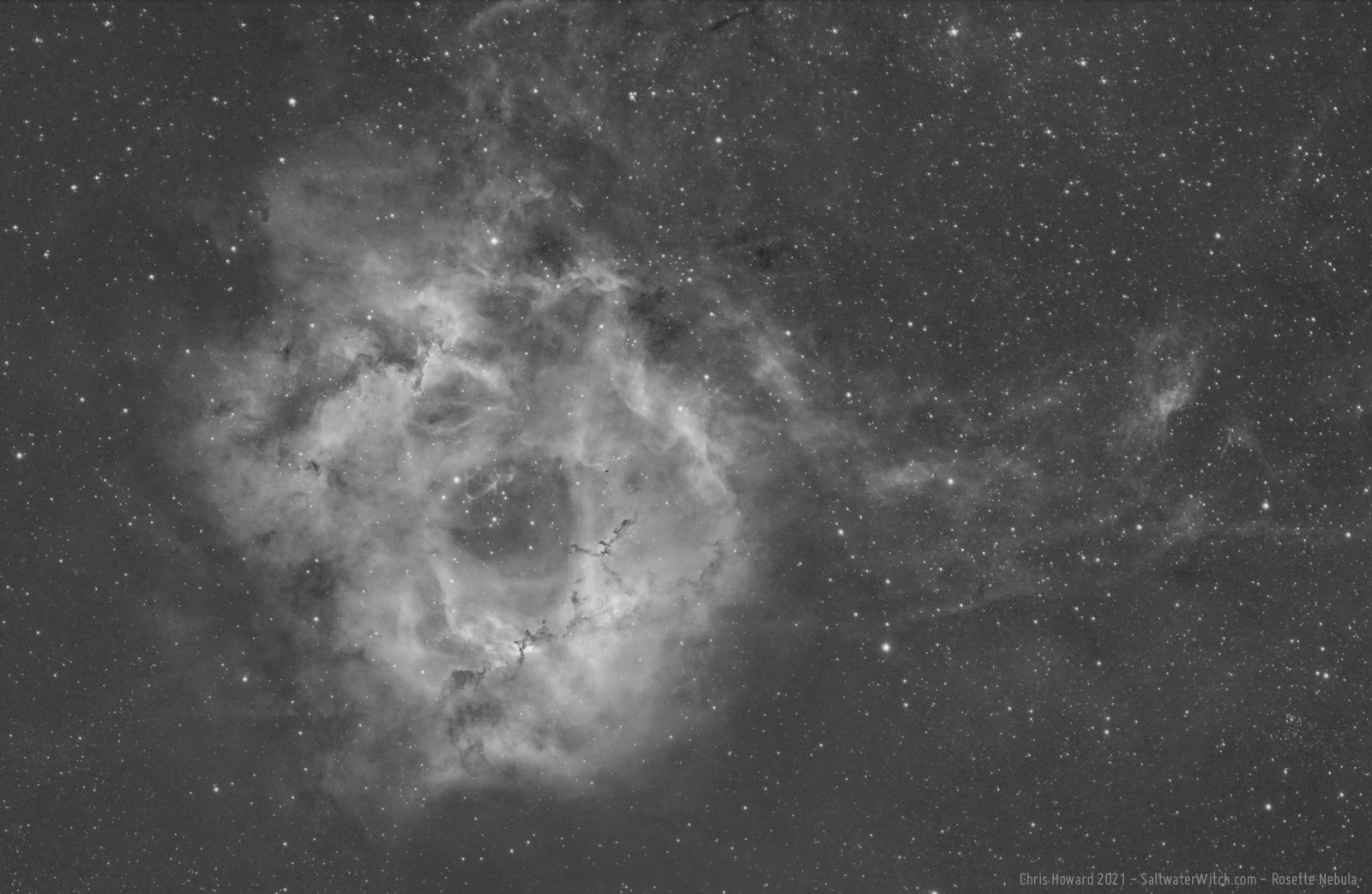