From the imaging run last night. The Rosette Nebula (NGC 2237) in the Constellation Monoceros is another deep sky object I typically capture every year--at least once! Trailing Orion across the sky, it's over a 100 light-years across and about 5000 lightyears away from us. 50 x 240 second sub-exposures in Ha. Gear notes: SkyWatcher EQ6-R Pro mount, William Optics GT81 Apochromatic Refractor 392mm at f/4.7, ZWO ASI1600MM-Pro monochrome camera, Astronomik 6nm filters, Moonlite focuser, Raspberry Pi 4 4GB / 128GB running INDI/KStars/Ekos 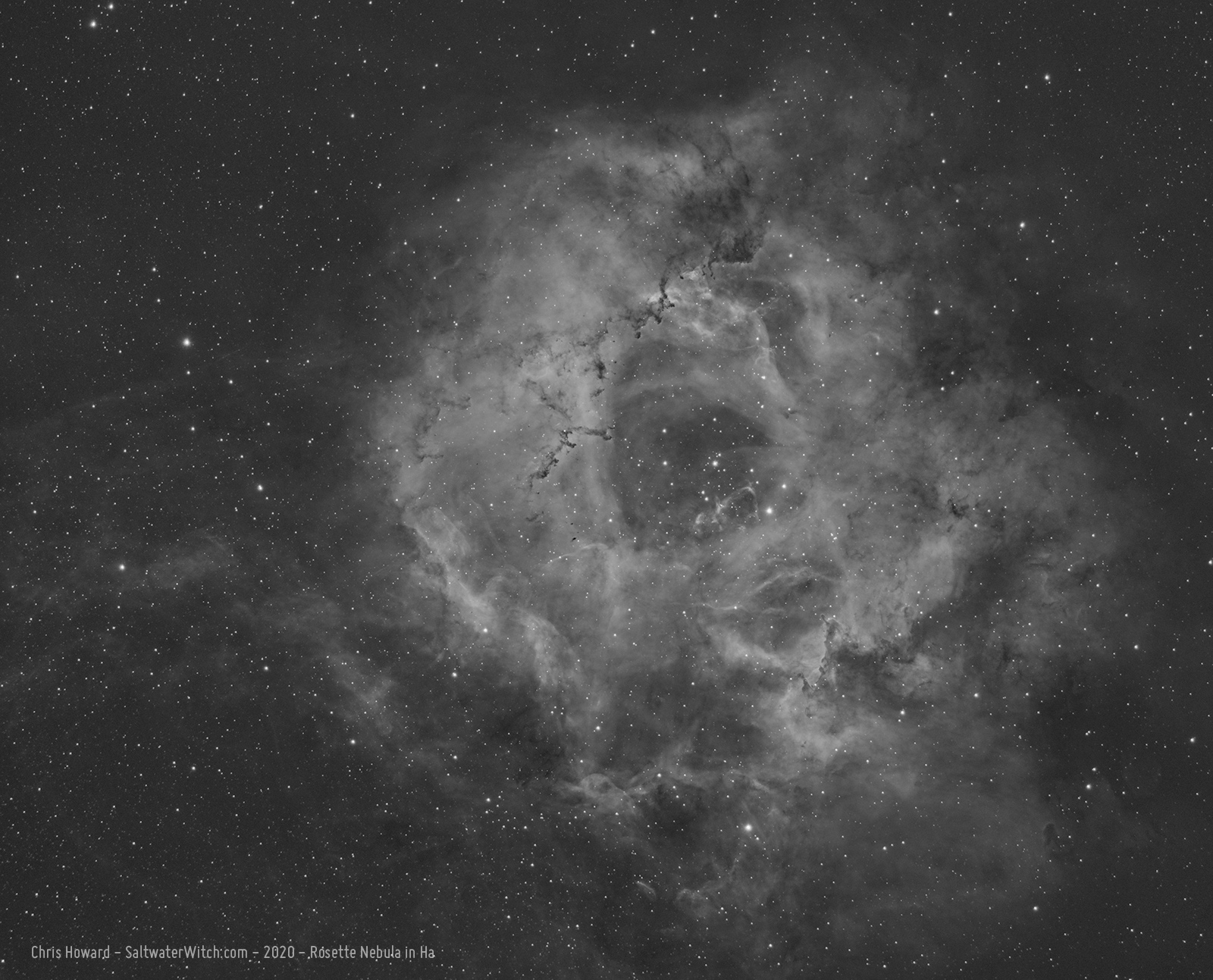 Rosette Nebula in the Constellation Monoceros (detail). You're looking at about 360 trillion miles of globules and globulettes—all those dark cloudy bits, running from the bottom middle of this frame to the top right. This is a detail view of my last Hydrogen-alpha image of NGC 2237 where interstellar gas and dust around one side of the Rosette Nebula have condensed into strings of dark cloudlets that block the emission from the core group of stars lighting up the broader background. Several of the stars that make up the cluster NGC 2244 are massive super-hot O-type stars, and these produce the stellar winds and intense radiation that have shaped the Rosette Nebula. To give you a sense of the scale here, pick any of the branches in those dark cloudy structures, or even most of the loose globules of condensing hydrogen. Our entire solar system can easily fit within the width of one of these. And I'm not talking about the orbit of Pluto; I'm using the Oort Cloud as the defining boundary, which would make the diameter of our solar system roughly 1.5 lightyears. In other words you can fit about 240 of our solar systems, lined up one after the other, in the same space as this chain of dark clouds. William Optics GT81 @f/4.7 Astronomik 6nm Ha filter, ZWO ASI1600MM-Pro mono camera. 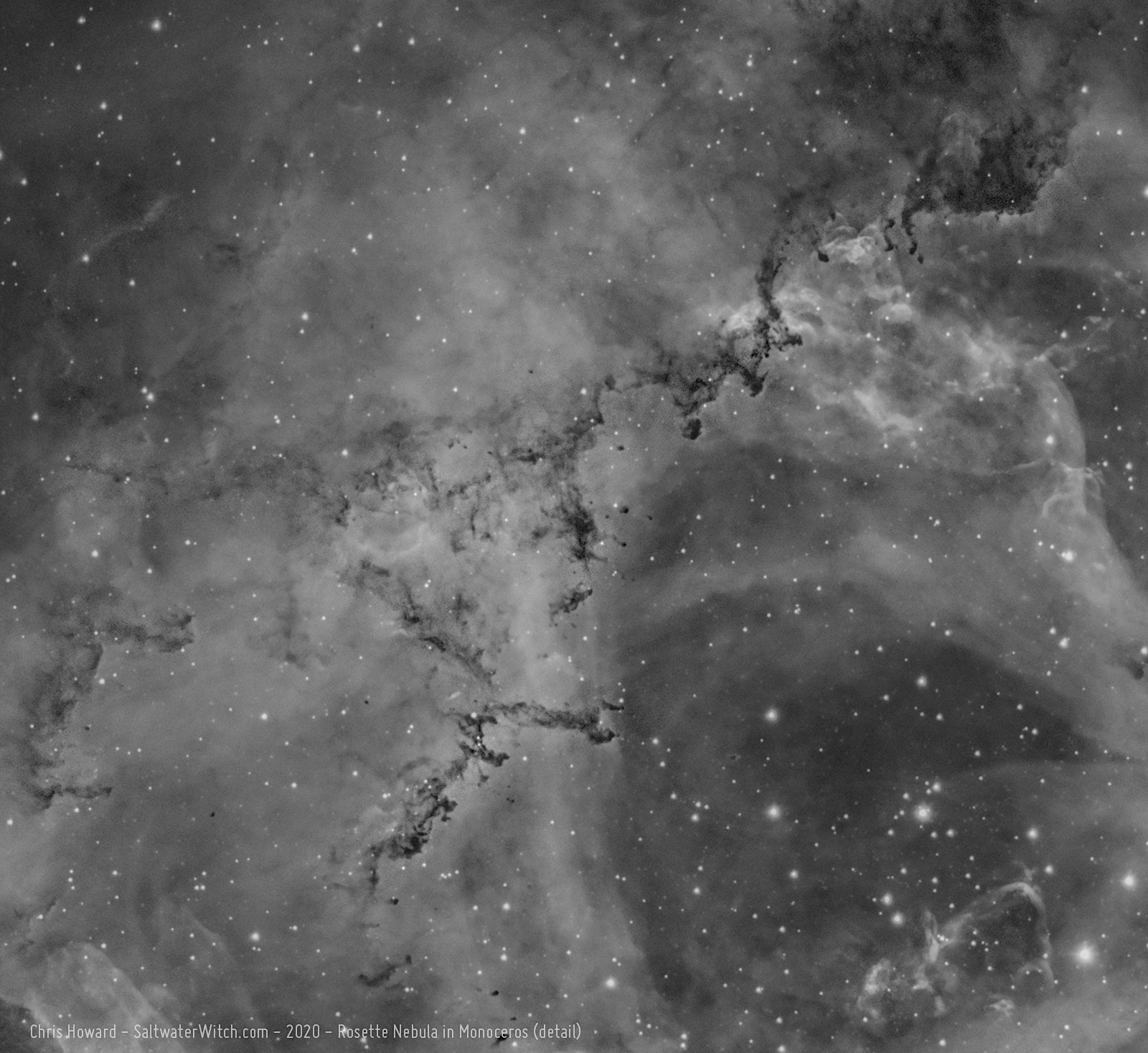