This is my second attempt with Sh2-132, sometimes called the "Lion Nebula" or "Lion's Mane", a roughly square-shaped emission nebula--or diamond in this rotation. Sharpless 2-132 is very faint and tough to capture without resorting to 10 or 20-minute exposures, which in turn requires outstanding alignment and guiding, not to mention a cooled camera and a good stretch of clear night sky. I ran at a steady -20C for 31 exposures. Sh2-132 is also in the middle (or behind) a dense field of stars, and that makes processing difficult when you're trying to bring out those faint cloudy structures. It's just too easy to bloat and overexpose the stars at the same time. All about balance with stretching and keeping an eye on your stars!

So far I have only captured hydrogen-alpha frames. Sh2-132 also has a strong band of oxygen, stretching from the bright lower corner to the top. Find Sharpless 2-132 in the Perseus arm of our galaxy, on the border between the constellations Cepheus and Lacerta. 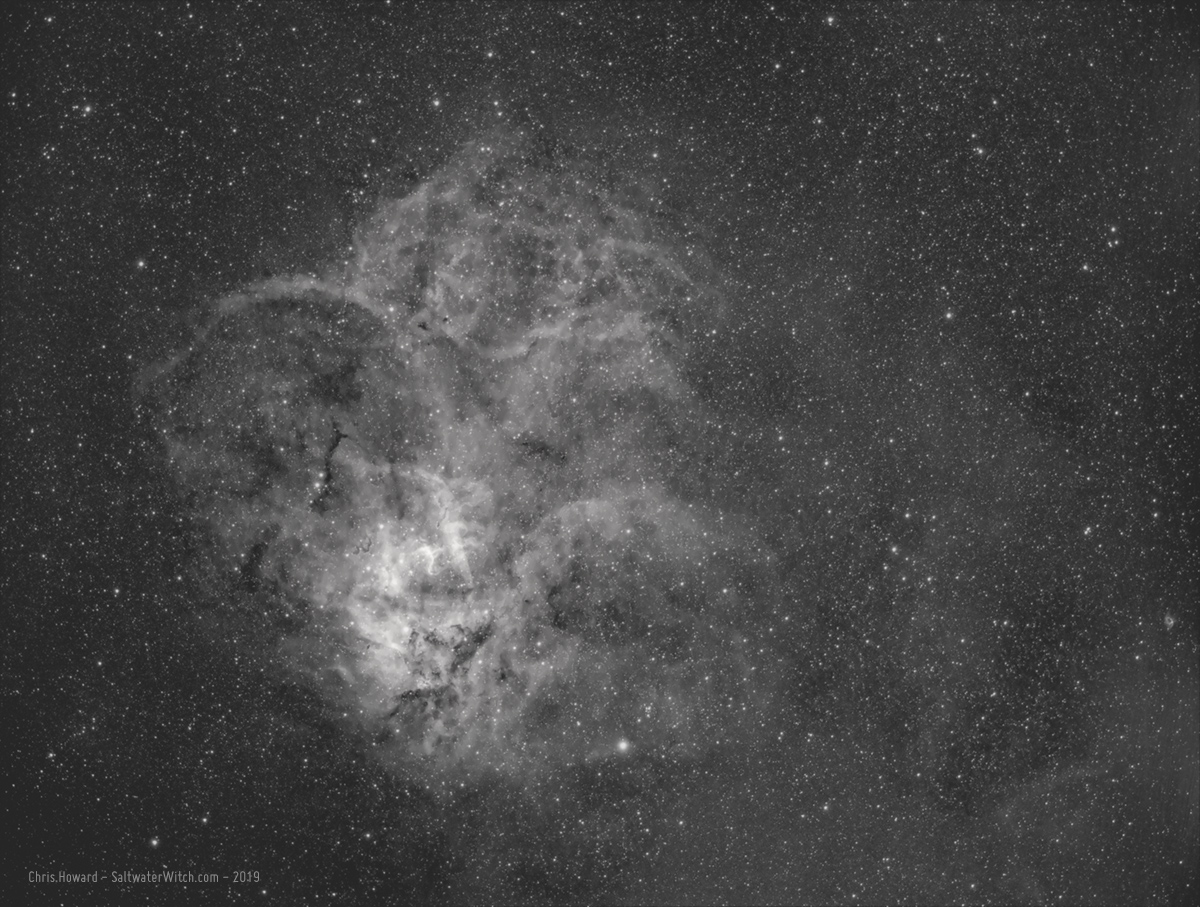