We probably have less than four hours of seriously dark night this time of year--at my location, coastal New Hampshire. And you have to make do with that. So, last night I spent every minute on hydrogen-alpha frames for three targets, Sh 2-54 (with the star cluster NGC 6604 in the center), NGC 7830 Wizard Nebula, and NGC 281 Pacman Nebula. I went through each of these and shot 30 x 180 second exposures, starting around 10:30 pm, which is still a bit within astronomical twilight.

The nebula Sh2-54 is about 5000 lightyears away in the constellation Serpens. It's part of a long band of nebulosity that extends almost ten degrees through the Eagle Nebula (M16) and Swan/Omega Nebula (M17) below that. NGC 6604 is the cluster of stars above and to the right of the brightest knot of the nebula. Imaging notes: 30 x 180 sec Ha sub stacked in DSS and processed in Photoshop CC.

NGC 7830 is the star cluster surrounded by the Wizard Nebula, an HII region about 7200 lightyears away in the constellation Cepheus. This is 30 stacked 3 minute exposures, no calibration frames. 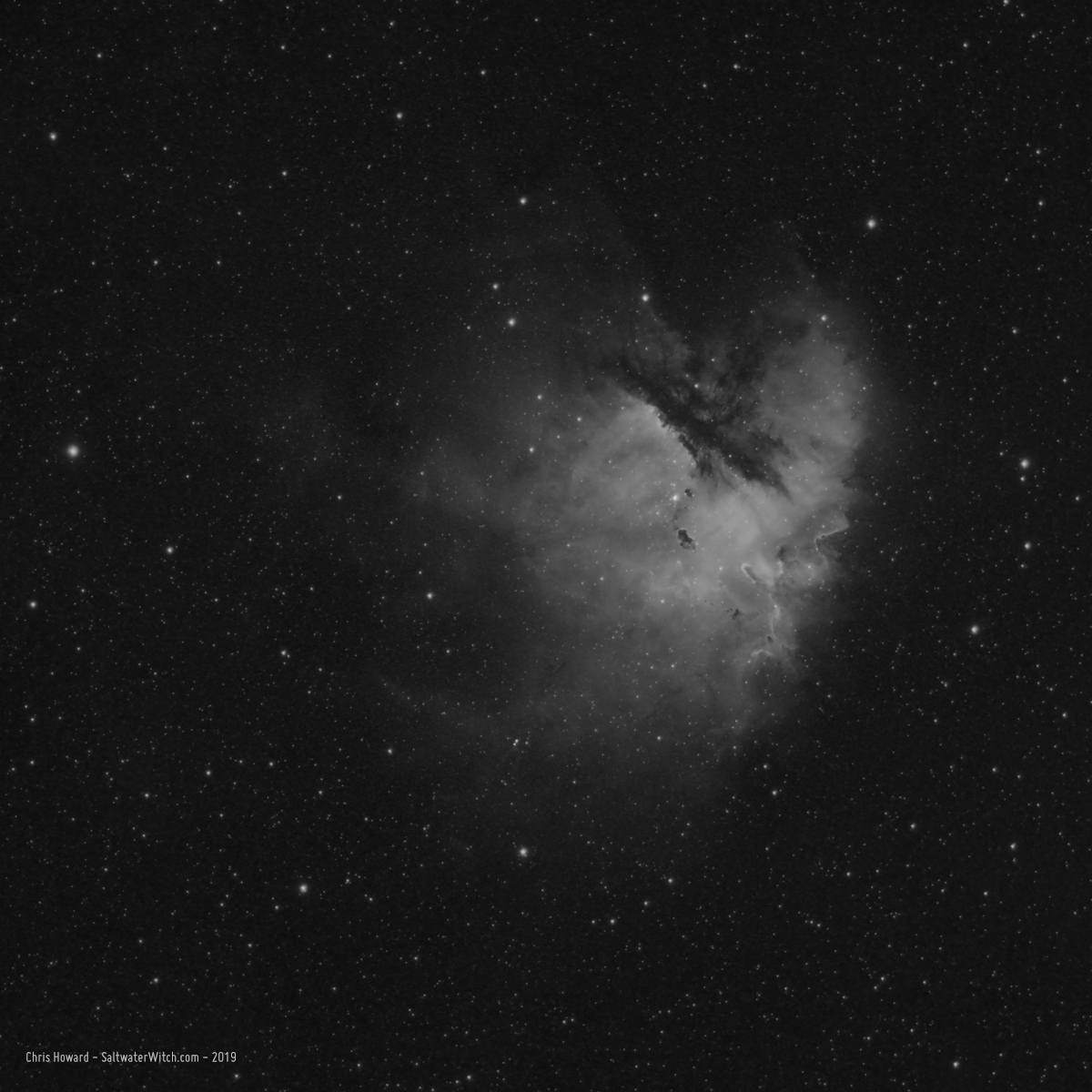 NGC 7380 star cluster surrounded by the "Wizard Nebula" in Ha: 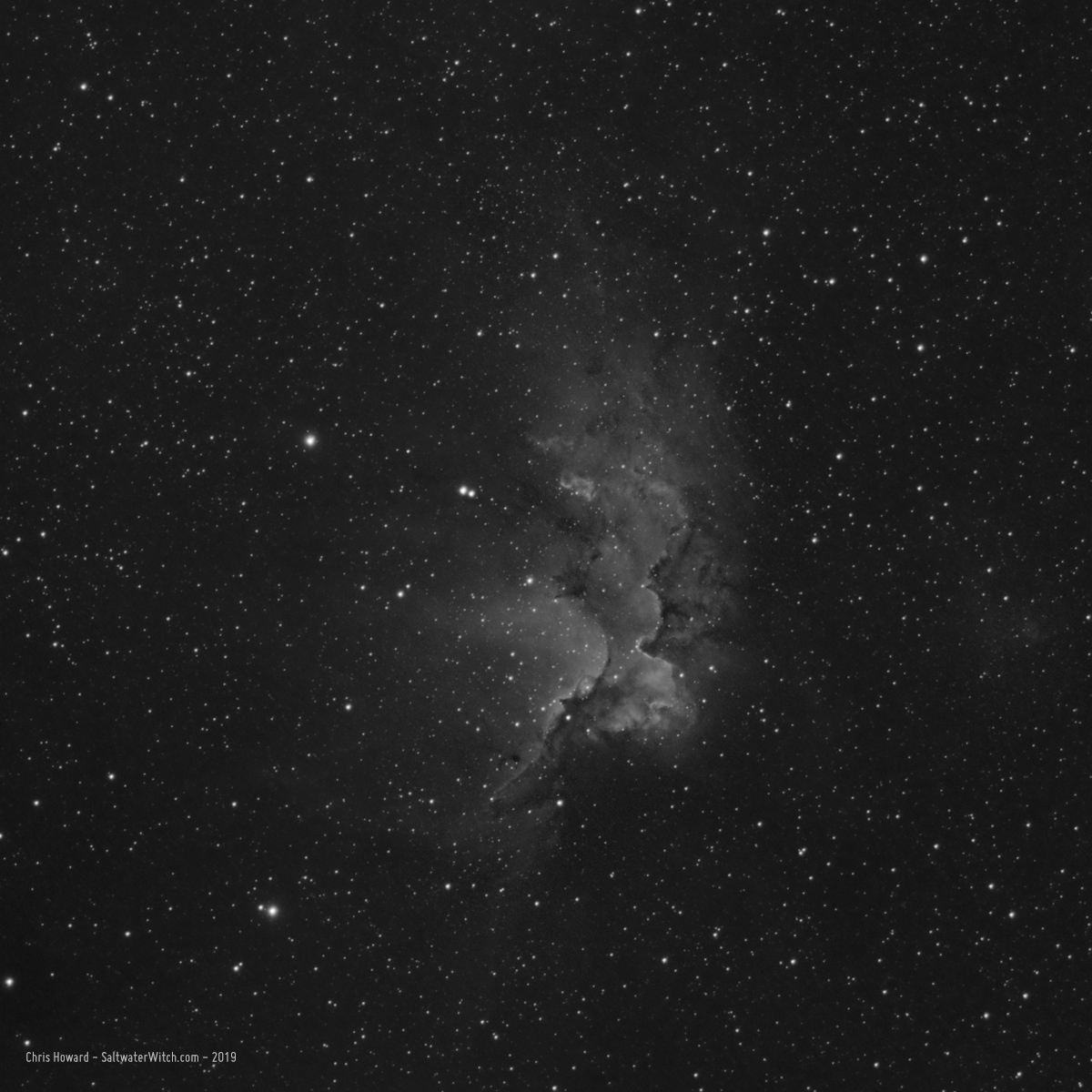 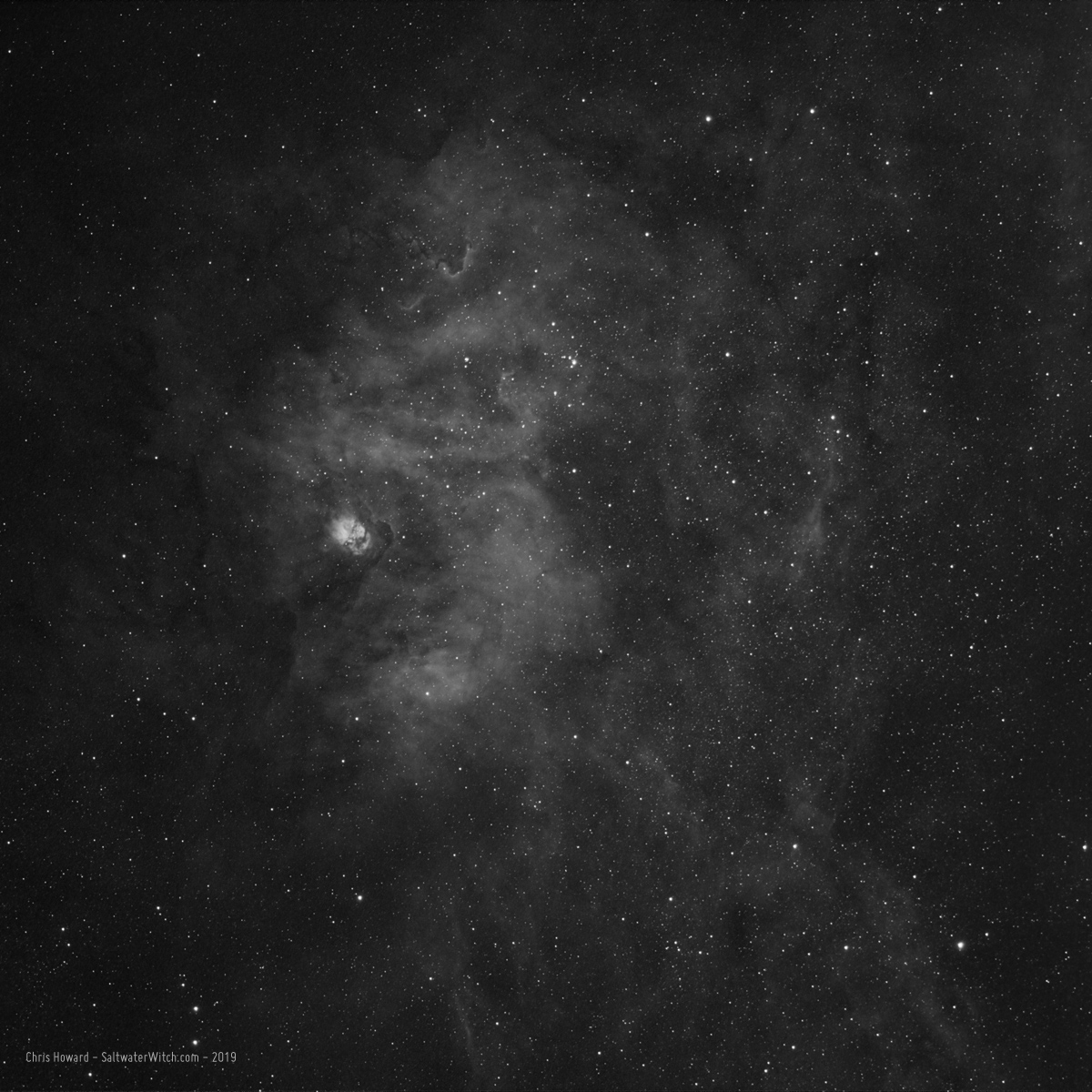