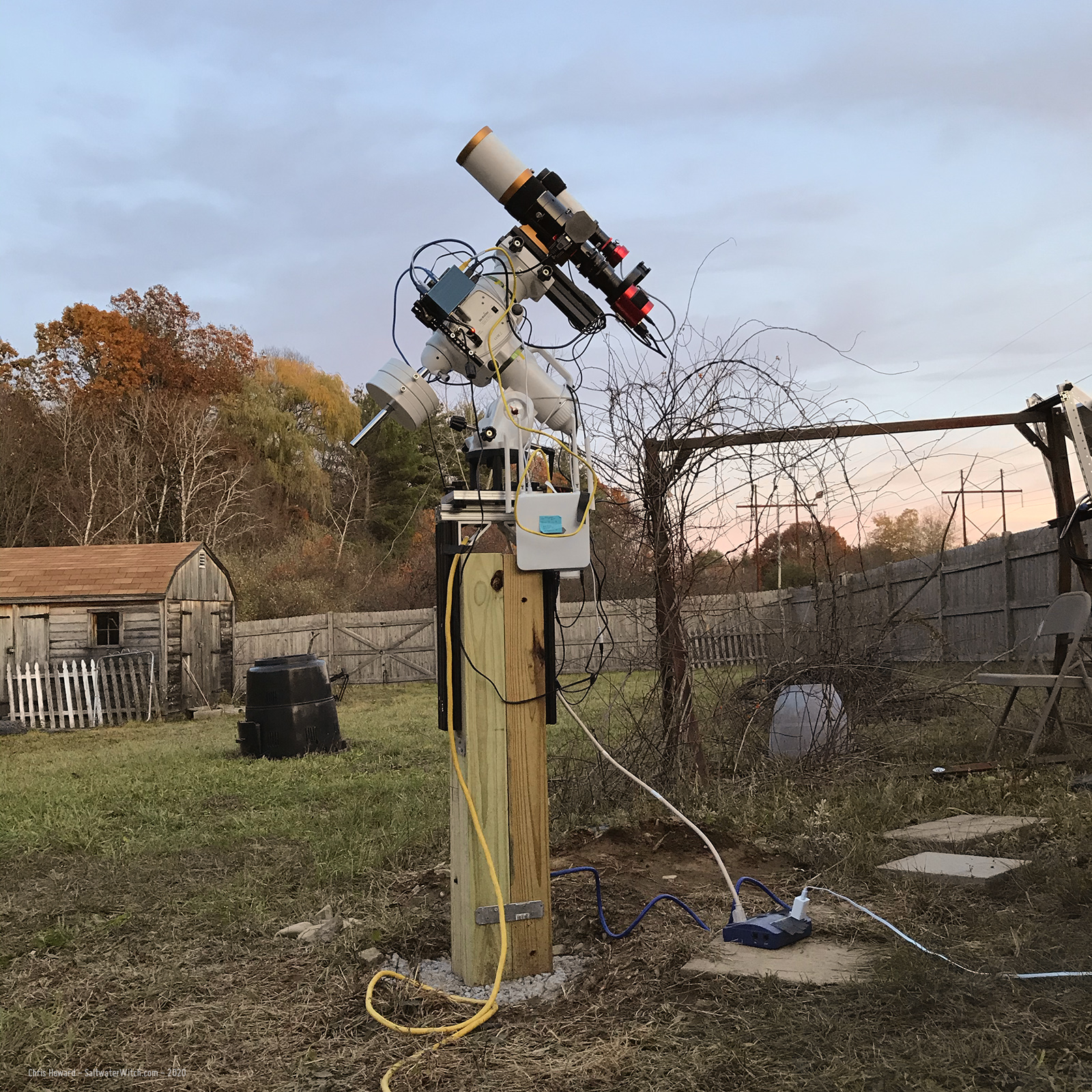 That's the big question. Over the last couple weeks I have had five clear nights of imaging with the new pier—the pier allows me to keep my astro gear setup semi-permanently. I park the scope at the end of the night, shut everything down, throw the cover over it and cinch it up. Done. (I bought a TeleGizmos 365 Series Cover for 8-10" SCT from OPT several months back, but I'm just starting to use it now). There were three rainy days between these image captures, and a couple nights that dipped below zero (low 20°s F/ -6C). I left the mount and scope set up in the rain, protected by the cover, and with a couple bags of desiccant, the equipment was completely dry. Unlike a tripod, the pier allows me to tighten the cover around the post under all the equipment, holding off any moisture that might rise up from wet grass and ground.

So, how's the pier functioning? Perfectly. My goal was to be able to setup my gear and leave it outside for long periods—maybe weeks, and not have to polar align after the first night. I did run through a polar align the second night because I wanted to see how well it maintained alignment, and it was right on. I have now gone through three more imaging sessions without polar aligning! I simply check the weather, pull off the cover, power up everything, and begin my first sequence of the night. It really has been that simple. 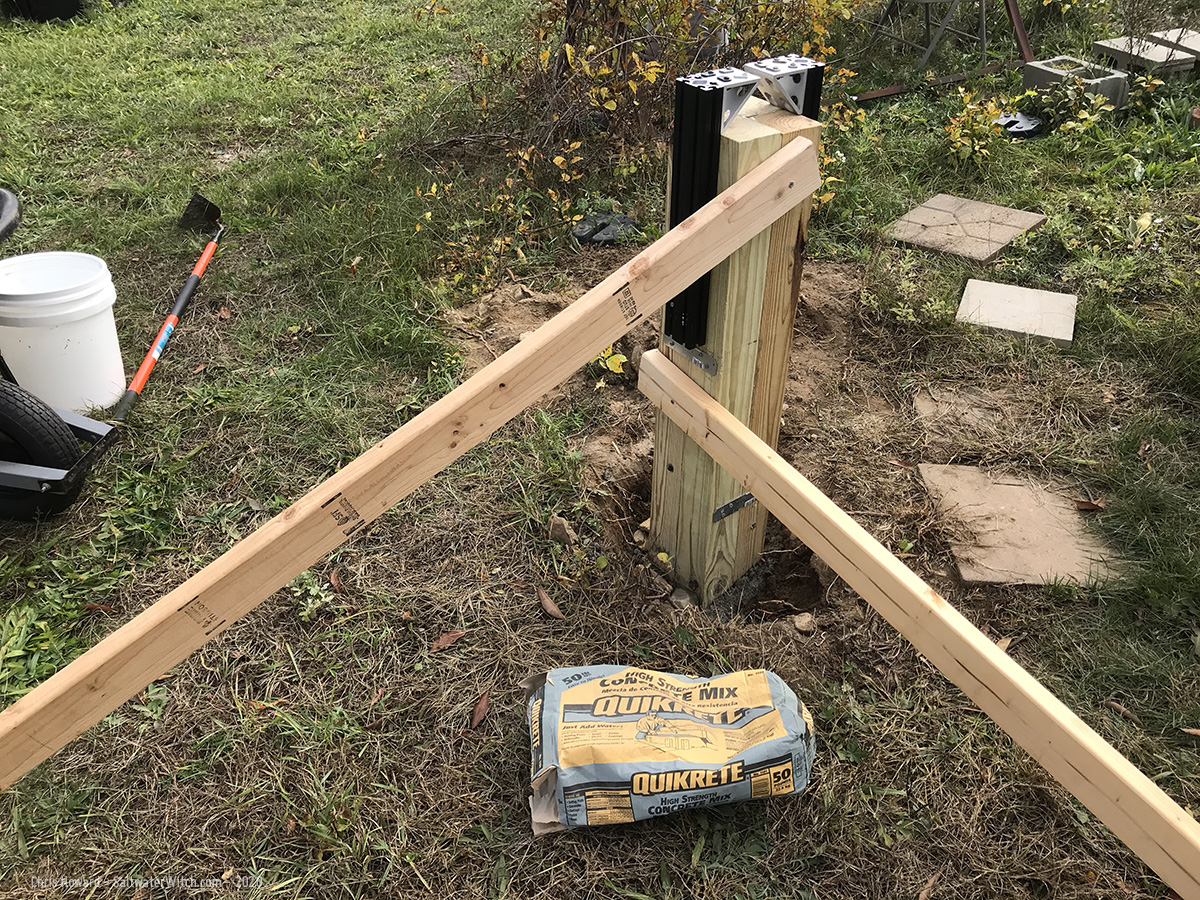 How is the Total RMS when guiding? Very good—what I expected. Depending on seeing and other factors I've been running with .5" to right around 1", which is as good as it gets for my skies and mount. The pier is rock solid. We'll see how four bolted together lengths of treated lumber behave over time, but I am not expecting any movement.

The distance from the reducer/flattener to the sensor is just a hair too far, maybe a millimeter off, so stars are slightly wonky. I'm still playing around with a few equipment details. Other than that, I'm really happy with these imaging runs. Start-up and shut down is so easy. This really is the next best thing to a backyard observatory. And building the walls and roll-off roof of a tiny observatory around the pier might be a next step, who knows? I also have my micro-observatory project still underway, but that only works with a small mount. I'm having an issue right now with the CEM25P, and I ave to resolve that before I can get back to the micro project. At the end of the day, what's cooler than having a permanent astro setup in the backyard? Yup, two permanent astro setups in the backyard. 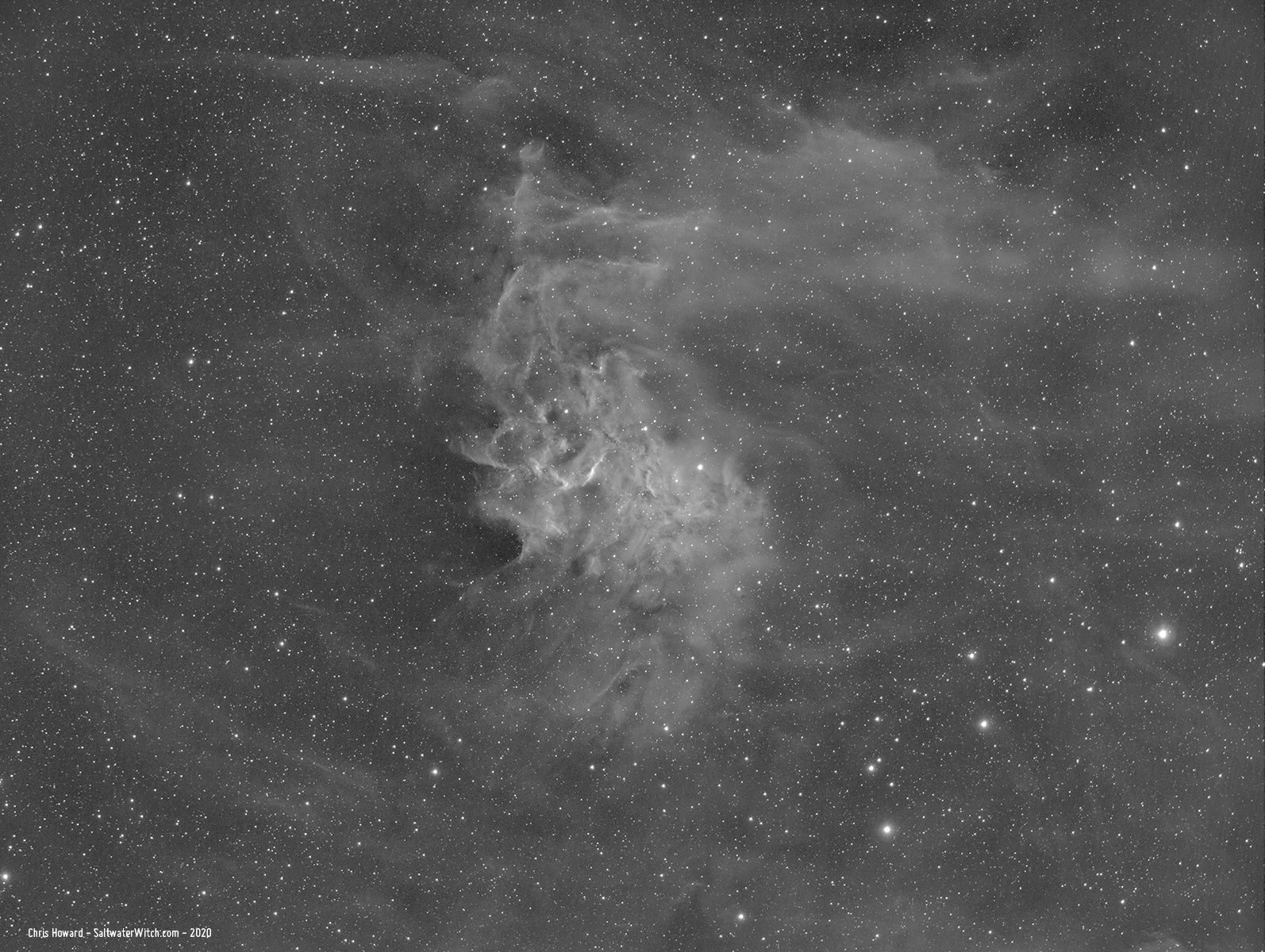 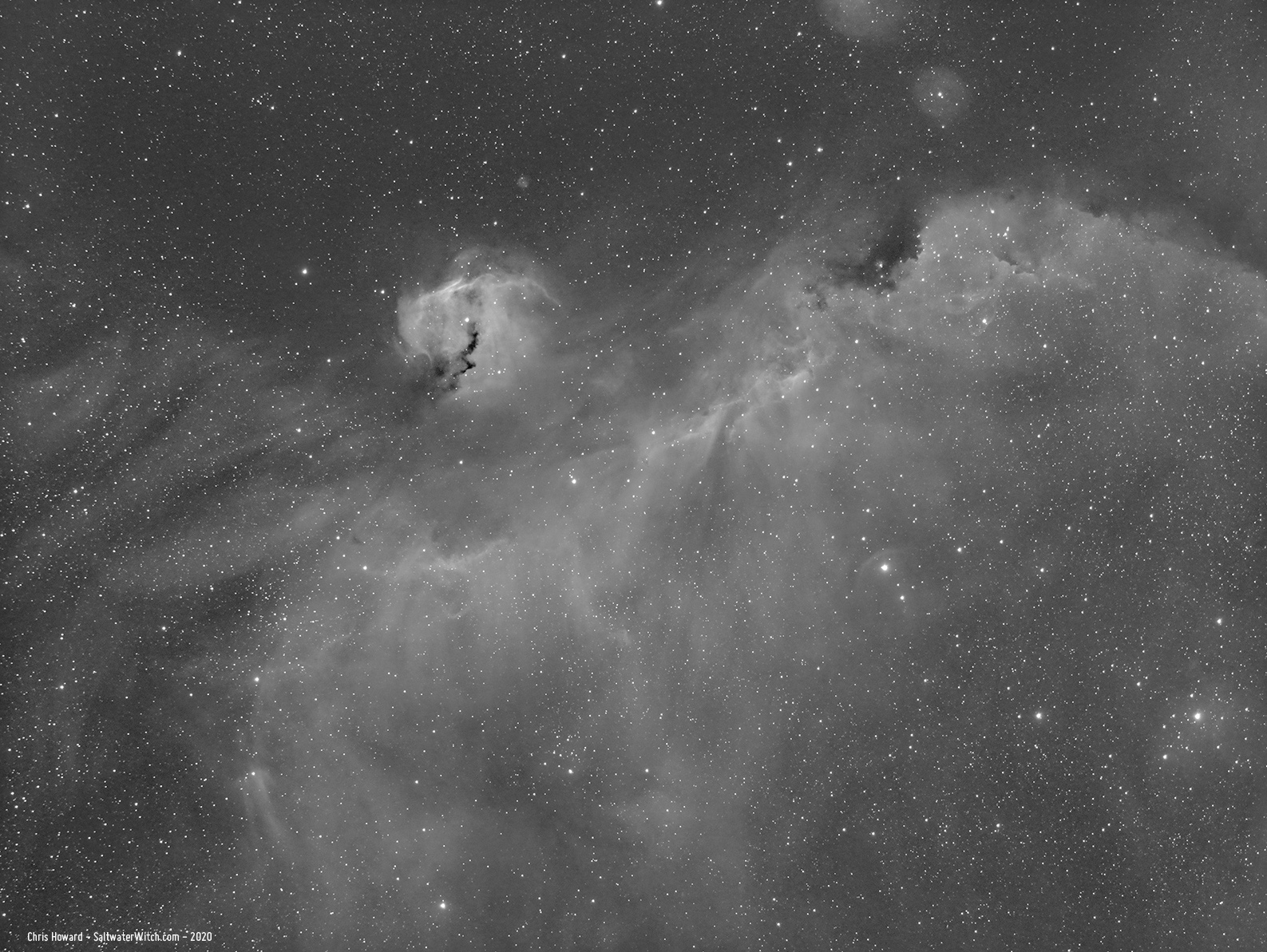