Testing the Narrowband Rig with the New OTA

First narrowband test with the new Apertura Newtonian scope, although it was barely a test—31 sub-exposures in Ha before the clouds started rolling in, and with a very bright full moon in the sky. IC 1396 is a large (3 degrees in diameter) emission nebula and star-forming region in the constellation Cepheus, about 2400 lightyears away. Within IC 1396 is the Elephant's Trunk Nebula catalogued as IC 1396A, pictured here in hydrogen-alpha (narrowband). This structure is well over a hundred trillion miles long (roughly 20 lightyears), so if you want to get from the top to the bottom you'd better have a pretty fast vehicle.

Notes: 31 x 240 second subs in Ha. Apertura 8" Newtonian 880mm FL at f/4.4, ZWO ASI1600MM-Pro monochrome camera, Astronomik 6nm Hydrogen-alpha filter, SkyWatcher EQ6-R Pro mount, controller: INDI/Ekos/KStars. I managed to capture 31 subs of IC1396A, but no calibration frames—that's only half the subs I would normally want for this one in Hydrogen-alpha. I was not dithering here either, which is something I normally have on, and the result is some "walking noise" which is pattern noise in one direction--top-right to bottom left, in this case, introduced either by polar alignment drift or differential flexure between the guide scope and the OTA (this is the most likely suspect here, but not absolutely sure). Guiding total RMS averaged around 1 arcsecond the whole time, not the best, but I attributed it to the full moon, lack of contrast, but who knows. I didn't see any walking noise with the color rig, but even so, I'm going to go with off-axis guiding next time th eskies clear and see what happens!

Clouds swept in around midnight, and then it rained through the night, so I took what I could get and did some mild processing. There's serious coma around the edges. I have the stars pretty well dialed in with the color train, but not here. I have some measuring and caliper work to do!

The area around the constellation Cepheus is an astrophotography buffet, and because the constellation is circumpolar, it's in the night sky for at least half the year—if you're anywhere near the north. Both the Iris Nebula and the Fireworks Galaxy, two amazing deep sky objects I captured last week, are here, along with the Elephant's Trunk nebula, Cave and Wizard nebulas—and a lot more! Some of these targets span the border with Cassiopeia at the bottom. 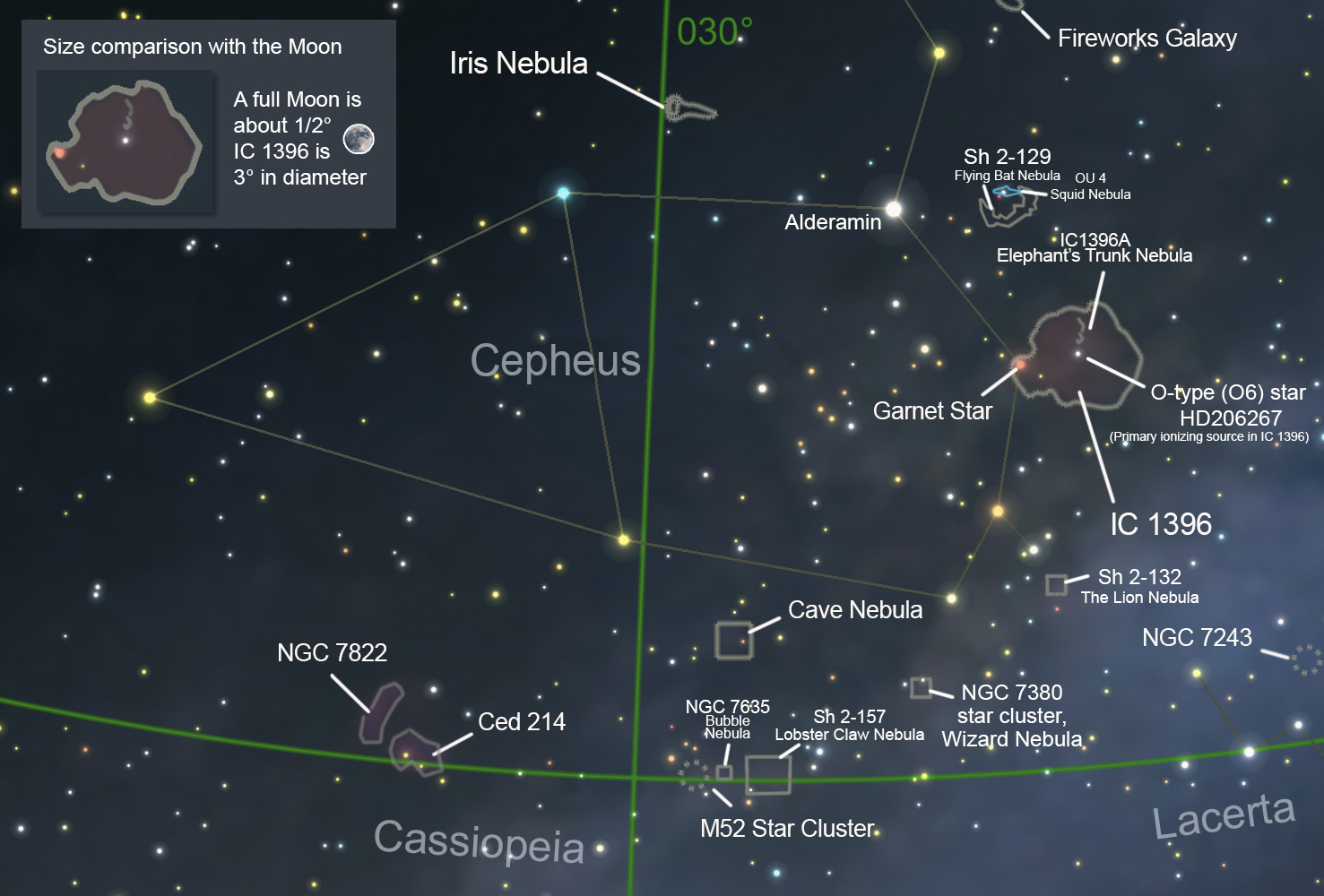 BiColor version of the central region of the Elephant's Trunk Nebula--Hydrogen-alpha and Oxygen 3: 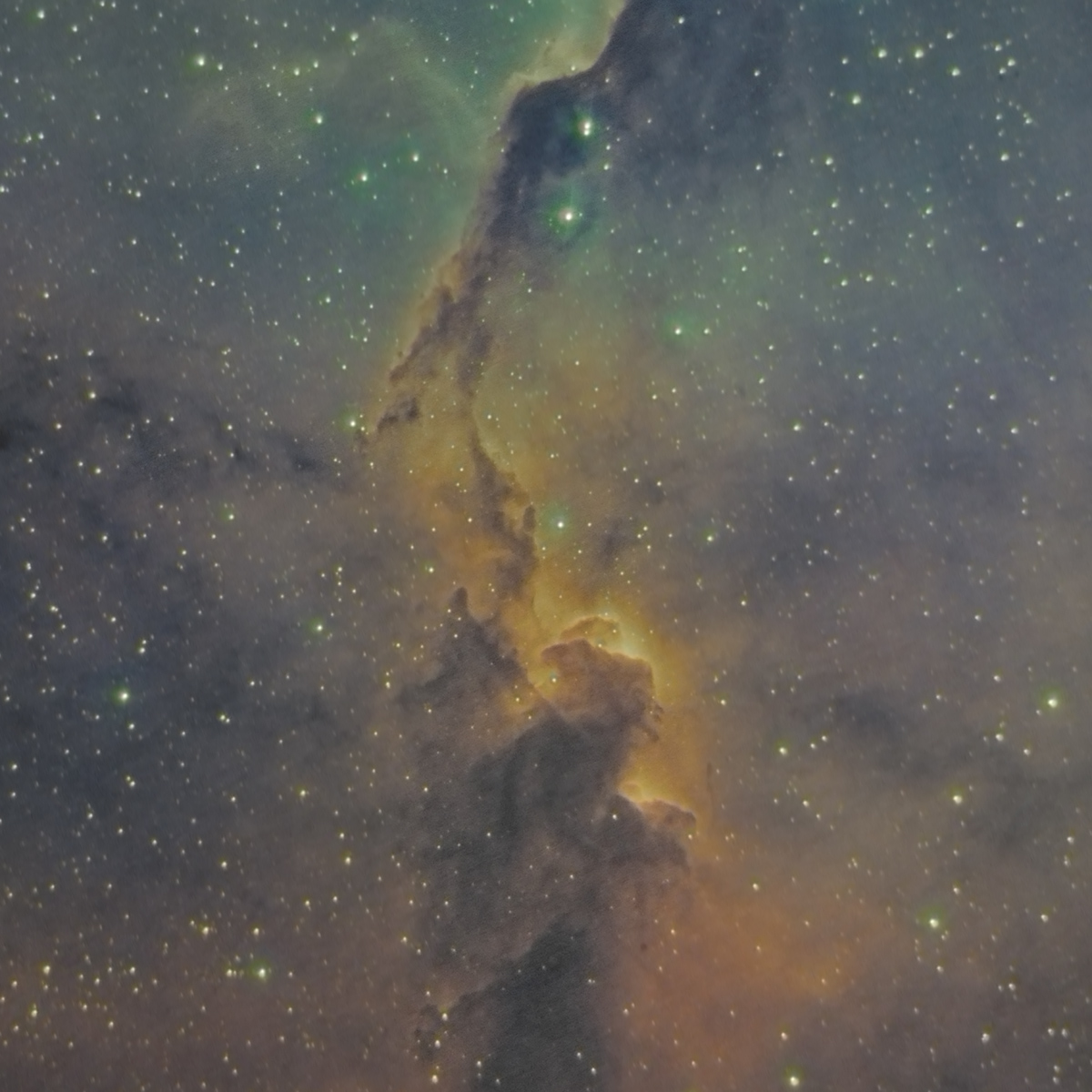