The Gradual Shift Toward Portable Astrophotography

I've been thinking about portability for a while, but of course that was on hold for a couple years. I'm thinking about it again. We have pretty decent night skies here, somewhere between bortle 4 and 5. On a clear night with good seeing, Andromeda is easily visible, the Milky Way isn't super obvious but you can see it--and it's easily captured with a 10-second exposure on any camera. We have great views of the circumpolar constellations, and there's so much to image in Cepheus, Cassiopeia, and Auriga. Just these three contain some of the most beautiful nebulae in the night sky. So, not bad at all, but being so far north (+43° Lat) we're also missing a lot of great nebulae around the galactic core.

For that,  we will need to go south for some imaging.

Here's a shot of a nearly full moon through the trees. I also wanted to capture the moonlight through the glass insulators on the transmission lines. About a third of the way in from bottom left is the variable double star Antares (α Scorpii) in the constellation Scorpius. Antares is also part of the Rho Ophiuchi Cloud Complex, one of the most colorful and beautiful regions in the night sky. Unfortunately, what you see here, Antares at 20° is about as high as it will get in the sky. We're just too damn north. 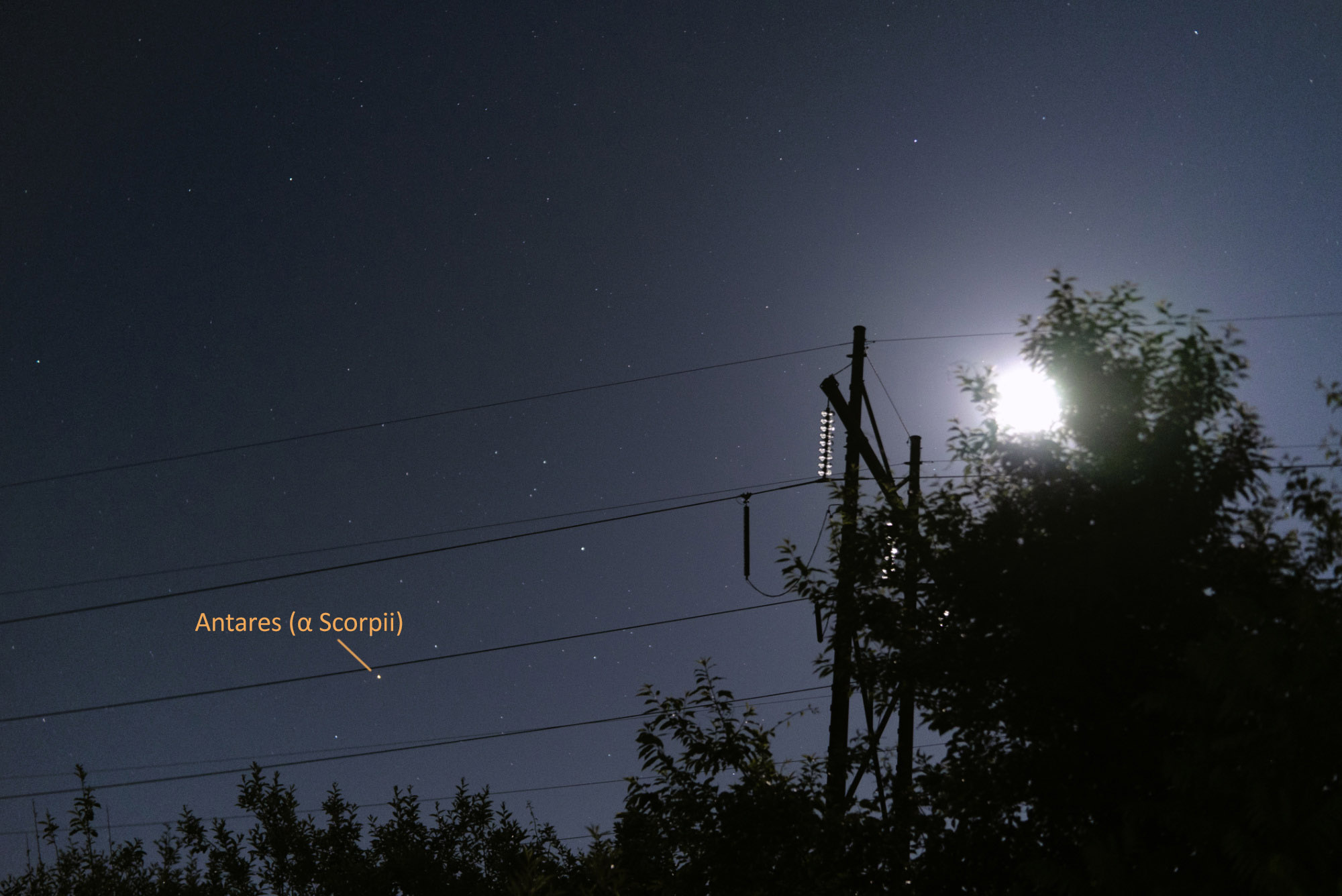