The Rosette in Ha

The Rosette Nebula (Sh2-275, Caldwell 49) is an HII region and star forming complex in the constellation Monoceros, about 5,200 lightyears away and about 130 lightyears across. The dark chain of interstellar gasses and dust along the bottom is punctuated with Bok Globules, dense regions of star formation. The open cluster of massive blue stars in the center (NGC 2244) are responsible for ionizing the surrounding hydrogen, oxygen, and other gasses; bathed in the intense radiation from these stars, the clouds themselves emit light. These giant stars originally formed out of the nebula and they're now in the process of hollowing out the cloud structure and creating the bubbles of ionization visible around the nebula's core. 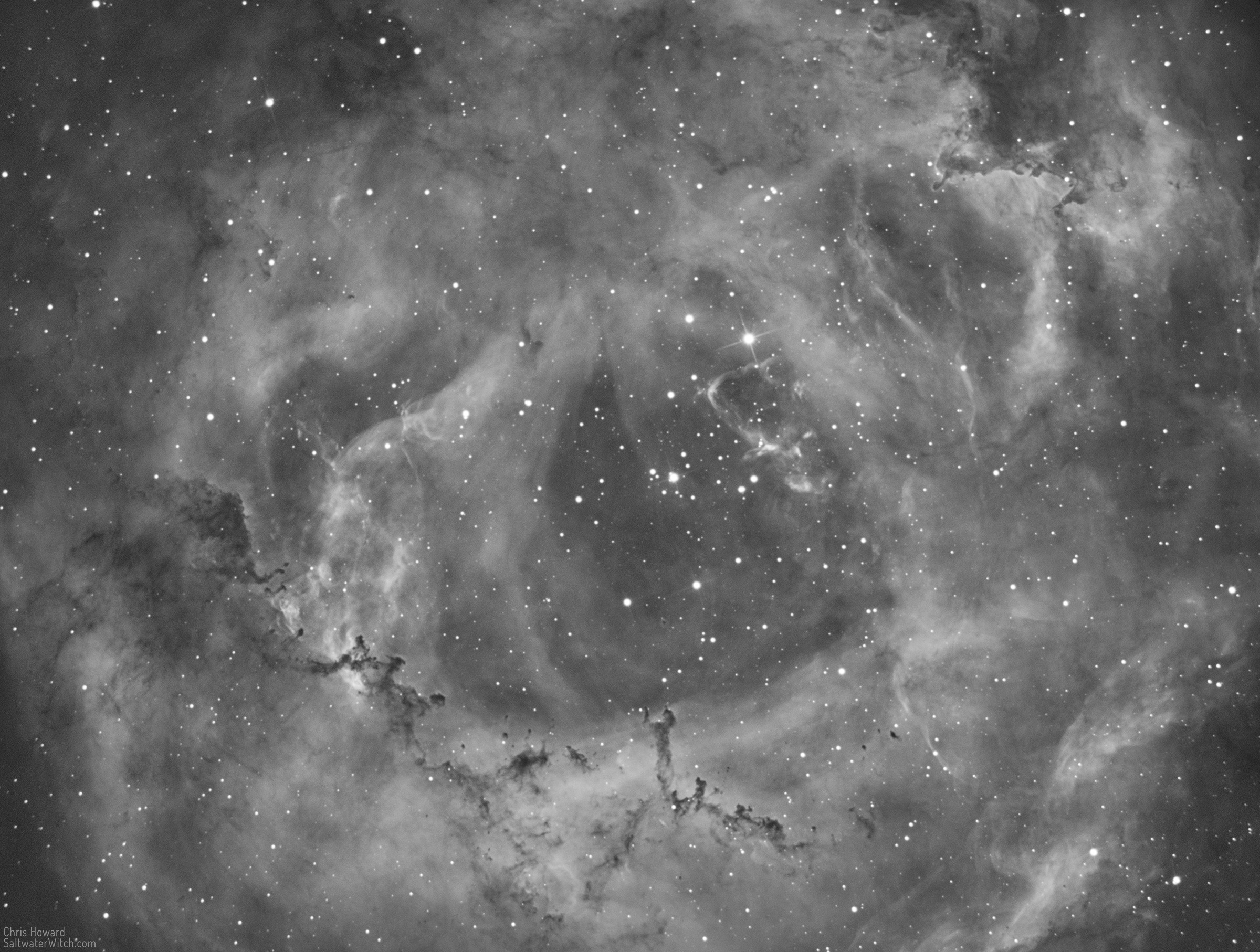